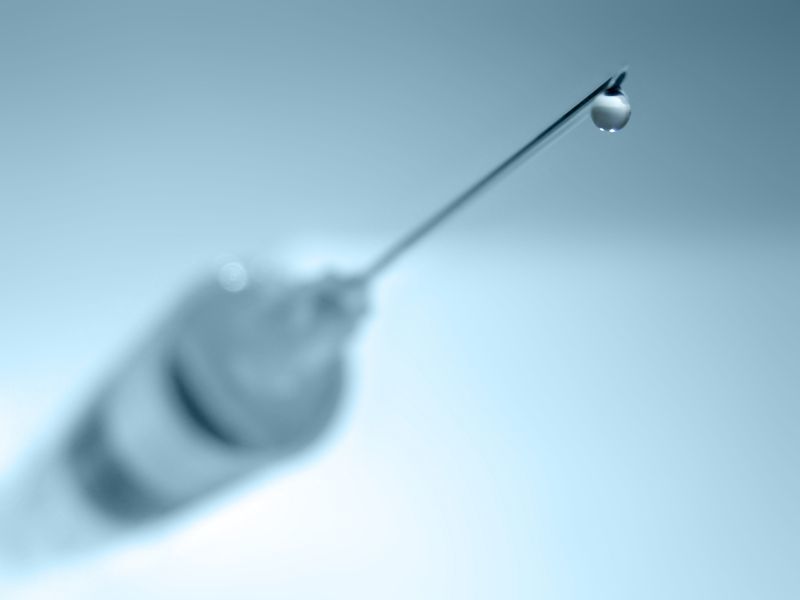 We were surprised by the overwhelming response for our “10 Reasons Why Flu Shots Are More Dangerous Than a Flu” article. Thanks for your comments – we are glad to know that the article was beneficial for most of you.

These quarterly reports on vaccine injuries and death settlements from the U.S. vaccine court are seldom, if ever, reported in the mainstream media, that’s why we decided to mention 10 more reasons why flu vaccine remains one of the most dangerous vaccines.

Also, some of you expressed your concerns over the authenticity of facts in the article, so we made it a point to cite more research studies to prove that flu shots are dangerous.

1)  Sanofi Pasteur’s Fluzone High-Dose is a new influenza vaccine created in 2010 for people over 65 years of age. Even though the Center for Disease Control and Prevention (CDC) insists that the vaccine is as safe as any other seasonal vaccine, the fact is that the shot is replete with side effects like pain, redness and swelling at the injection site, headache, muscle aches, fever, and malaise. All the listed negative symptoms were observed during clinical studies for Fluzone High-Dose.

2)  The CDC says that the 2011-2012 flu vaccine may also have the same side effects the 2010-2011 vaccines had. These include soreness, redness, tenderness, or swelling where the shot is administered and nasal congestion after the flu vaccine nasal spray.

3)  The 2009 package insert for Novartis’ Monovalent Vaccine which was leaked on the internet created a huge uproar. Why? Because, its side effects, as stated on the insert, include: Guillain-Barre Syndrome, anaphylactic shock, vasculitis, and get this- death. This finding backed two studies conducted in 2007 and 2009, of which the latter found that out of every million people diagnosed with flu, between 40 and 70 developed Guillain-Barre after getting the shot. However, this information didn’t stop Government health officials from pushing the vaccine into the market in 2010 and 2011.

4)  In December of 2010, however, the flu vaccine formulated specifically for children between the ages of 6 months and 5 years old was found to be causing a higher than normal incidence of febrile seizures.

5)  In February 2010, The World Health Organization (WHO) reported that 12 countries had recorded a possible link between the development of narcolepsy, a chronic nervous system disorder that makes people uncontrollably fall asleep, and the H1N1 vaccine.

6)  A series of miscarriages were recorded in the US after June 2010 due to the H1N1 vaccination. Hundreds of cases were reported across the country, and most miscarriages took place within days of the vaccination.

7)  Dr. Hugh Fudenberg, a world renowned immunogeneticist announced that you have a ten-fold increased chance of Alzheimer’s after receiving five flu shots. That’sten times more likelythan no flu shots or one, not ten percent more likely.

9)  A study published in the Cochrane Systematic Review in 2010 stated that there was no scientific evidence to prove that regular or seasonal flu shots protect people over the age of 65. The study concluded: “Evidence for the safety and efficacy of influenza vaccines in the over 65 is poor, despite the fact that vaccination has been recommended for the prevention of influenza in older people for the past 40 years.”

10)  A study conducted by The Lancet in 2010 brought out some startling revelations about the effectiveness of flu shots. The study involved a control group of 13,095 adults who were not vaccinated. The group was monitored to see if participants had been infected by the influenza virus, but 97% remained unaffected. Only 2.7% or 357 people in the non-vaccinated group ended up contracting the virus. Of the group of adults who were vaccinated with a trivalent inactivated influenza shot, only 1.2% did not catch the flu.

The difference between the two outcomes is that the flu vaccine only prevents the flu in 1.5 out of every 100 adults injected with the flu shot not 60% as you’ve been told.

Even Congress Is Asking Why the Flu Vaccine Isn’t Working

At a congressional hearing held by the House Energy and Commerce Committee Oversight and Investigations in November 2015, lawmakers questioned federal officials about why more progress hasn’t been made toward developing effective flu vaccines and treatments.

Witnesses from the CDC, US Food and Drug Administration (FDA), the National Institutes of Health, and the Biomedical Advanced Research and Development Authority were questioned, with most lawmakers expressing “frustration that the health agencies were not further along.” As reported by STAT:29

“We are still developing flu vaccines with 1940s technology,’ said Representative Tim Murphy, the Pennsylvania Republican who chairs the subcommittee. ‘We need better testing to quickly learn of mutations.’ And Representative Diana DeGette, of Colorado … showed her impatience with the group, noting that ‘I’ve been pushing for 10 years to fix the system.’ 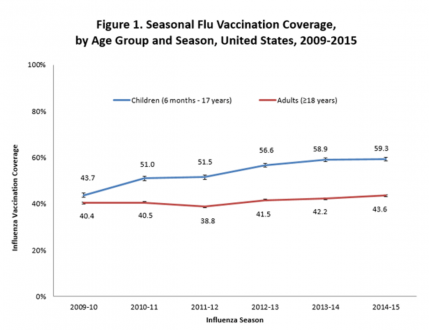 Despite such studies and findings, you still have millions of Americans rushing to stand in line for annual flu shots. And this number is growing each year. There are several natural remedies for the flu that are far more effective and pose no danger whatsoever to our health. We’d do well to educate ourselves about the true motives of Big Pharma and think twice before going out to get a flu shot this season.

Report issued in 2013 by the Department of Justice (Vaccine Court), for compensation made by the Health and Human Services for people injured or killed by vaccines, was released in December 2013, covering the period of 8/16/2013 through 11/15/2013. The report is available as a Power Point presentation here.

There were 139 claims settled during this time period, with 70 of them being compensated. So, just over 50% of the claims filed for vaccine damages were compensated during this period. And not much has changed since then.