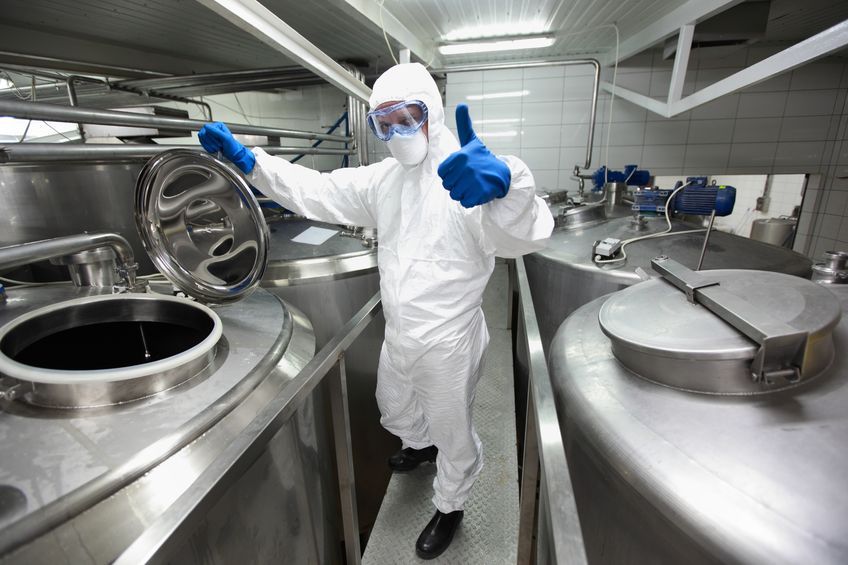 (BeWellBuzz) Food processing isn’t only about “cheese foods” or “meat products” like what we find in aerosol cans and chicken nuggets. The term processed food has been somewhat demonized unrealistically. While some processes are hazardous to health, others can be nutrient-enhancing. Preserving perishables has always been of vital importance to the nourishment and, arguably, the advancement of humankind. At least, that’s what history suggests. In this article, learn quickly about safe food processing from history into modern day. Get familiar the chemical names of common natural, safe food preservatives, and others that are yet questionable or should be avoided altogether.

What Is Food Processing?

It began several millennia before modern civilization. Humans learned to dry fruit in the sun, ferment, curdle, pickle, salt, cook, etc. These are all processes. The term literally means to transform raw edible ingredients for consumption. An apple eaten from a tree is unprocessed. To peel, or even slice the apple is to process it. Cheese, yogurt and sauerkraut, by definition, are processed foods.

Refrigeration is also an ancient form of food processing and preserving. You can make ice using the freezer in the comfort of your home, but three thousand years ago, the Chinese were harvesting and storing ice, a practice which required immense physical strength and skill. Hebrews and others in the Mediterranean dug pits, filled them with snow and kept them insulated. In the 5th century BC Egyptians and Indians put water in earthen vessels and left them to freeze overnight.

Chinese-style ice harvesting flourished in the West straight through till the 19th century, when men cut, stacked and delivered 25-100lb blocks to privately owned “ice houses.” In the 1800s, ice was the #2 trade-item from the USA, second after cotton.

In 1809 Nicola Appert invented Hermetic (airtight) bottling for the French army. Louis Pasteur came up with pasteurization in 1864. Today there’s much concern over the effects of pasteurization; but back then, it was a celebrated breakthrough enabling vital foods, such as milk, to survive longer, which meant more nourishment, less waste and less expense to the household.

During the 20th century USA, an artificial cooling system, then called the ice box, became affordable to the common household. Packaging methods joined forces with cooling, and the food industry boomed.

A preservative is “an additive used to protect against decay, discoloration, or spoilage.”[1]

The need for preservatives increased during that boom, when manufacturers had to make more food last both in freshness and flavor, from the processing center to the market, to the consumer. Preservatives are a type of food additive that are also considered food processors.

Whether or not the label says it’s all-natural, a packaged food is likely to contain one or more of them. Preservatives are also called “preventatives,” because they lengthen the shelf-life and the appeal of edibles by

a)  preventing growth of harmful bacteria,

c)  or inhibiting natural ripening in fruits and veggies.

The following are the five main forms of natural preservatives, which you might even use in your own kitchen.

As with any food ingredient, allergies, sensitivities or pre-existing conditions must be taken into account on an individual level for health and safety.

Natural preservatives include antioxidants, acids, salt, spices and oils. Here’s how each works:

The following compounds have been deemed safe for consumption according to the Center for Science in the Public Interest (CSPI). While they are “all-natural,” they’re also extractives rather than whole food sources. For example, if the citric acid was added to the food by added lemon juice, the food and not the “active” ingredient would be named. If you see any of these named, they’re classified as all-natural preservatives, and have been isolated and extracted from the food source.

All Natural and Potentially Unsafe

These natural preservatives are marked either for caution or to avoid altogether:

– Heptyl Paraben is found in beer and non-carbonated soft drinks; may be safe but not well researched

– Sodium Benzoate/Benzoic Acid is safe for people unless they have allergies/sensitivities to it, or if in combination with vitamin C, which has been common in fruit-flavored soft drinks. Thus, caution is advised.

– Sulfites/Sulfur Dioxide/Sodium Bisulfate are noted as safe for some, but must be avoided by people who suspect they have sensitivities, particularly asthmatics. Sulfites are naturally found in wine and used to preserve dried fruits.

– Propyl Gallate is often used with BHA and BHT, and has been linked with cancer. Further research is needed.

– Sodium Nitrite/Nitrate is potentially cancerous, and is also introduced into foods via celery powder or juice

The following are artificial flavors to be watchful of.