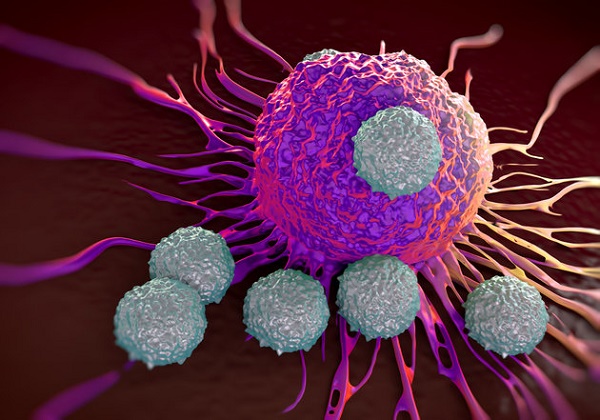 A new experimental treatment has achieved what chemotherapy and bone marrow transplants have failed to do: put chronic, relapsing blood cancers into remission.

What’s more, it uses the body’s own natural defense system to attack these cancerous growths.

The treatment involves T cells, a type of immune cell that works as your body’s own personal S.W.A.T. team to detect, surround, and destroy foreign invaders like bacteria or viruses. Historically, cancerous cells have grown too fast for T cells to mount an effective defense, and they can also trick T cells into thinking that they’re a healthy part of the body as opposed to a cancerous growth that needs to be stopped.

But in experimental treatments at the Fred Hutchinson Cancer Research Center in Seattle, initial evidence shows Dr. Stanley Riddell has successfully trained these T cells to better recognize and eliminate cancer cells in a short time span, allowing cancer to go into remission.

Specifically, he extracted a person’s T cells in order to prime them to recognize the type of cancer that is affecting the patient, allowing these primed T cells to attack the growth while sparing healthy cells and tissue.

Riddell’s preliminary findings on the success of T cell therapy to cure previously terminal cases of cancer made a stir at an annual meeting of the American Association for the Advancement of Science in Washington, D.C. on Sunday because of his eye-popping results: 93 percent of the small group of 29 participants with previously incurable or constantly relapsing acute lymphoblastic leukemia have gone into complete remission after undergoing Riddell’s immune cell therapy.

An additional 65 percent of 30 participants with non-hodgkin’s lymphoma have also gone into remission. And while it’s too early to report the results of a small test group of 15 patients with chronic lymphocytic leukemia, Riddell says that they’re also showing “really high” remission rates. In total, Riddell has treated nearly 100 patients with the T cell therapy.

“These were all cases that had failed all conventional therapy, so they relapsed after chemotherapy. Many of them had relapsed after an allogeneic bone marrow transplant or they just weren’t considered candidates for a transplant,” he explained to HuffPost. “To take an experimental therapy and use it in patients that are this advanced, and to get these kinds of results, is really encouraging.”

The T cell treatment is the result of a 10-year collaboration with Dr. Michael Jensen of Seattle Children’s Hospital, who is currently conducting trials in children with leukemia and getting similar results, said Riddell. The effect appears to be long-lasting, and could provide a way forward for developing therapies for the more common and harder to treat diseases like breast, colon and lung cancer.

Riddell withdraws a patient’s immune cells in what amounts to a simple blood donation. Then he takes a few weeks to link synthetic receptors called chimeric antigen receptors to the T cells, in order to help them identify cancer cells in the body and destroy them. Once they’re re-infused back into the patient, Riddell basically sits back and lets the T cells do their thing. It generally took about 30 to 60 days for cancerous growths to disappear in his patients, he said.

Riddell suspects that his T cell therapy worked so well because the cancers he were treating were blood cancers. Instead of being bound up in solid tumors, the cancer cells are diffuse throughout the body, and also collect in certain sites where T cells also like to hang out: the bone marrow, blood, lymph nodes and spleen.

Still, Riddell hopes that his research can be re-purposed to begin attacking the more common cancers, like breast or colon cancer. These types present a special difficulty because solid tumors essentially create their own micro-environments that can turn off an active T cell, suppressing its immune system function.

“We’re going to have to learn to combine T cell therapy with things like check point inhibitors, which is another very effective form of immunotherapy for some patients with solid tumors, or to engineer T cells in ways that will allow them to function in that immunosuppressive microenvironment,” Riddell said.

While his study is still in its earliest stages and has yet to be published in a peer-reviewed journal, he hopes that the technology can become available to the wider public within two to three years.

“This is really another demonstration that [shows] the immune system can be used to treat cancer,” Riddell concluded. “I wouldn’t say yet that this will be applicable to all types of people with all cancers, but I think that the opportunity is there and the research directions now are really apparent.”

Source: New Cancer Therapy Could Give Hope To ‘Incurable’ Patients