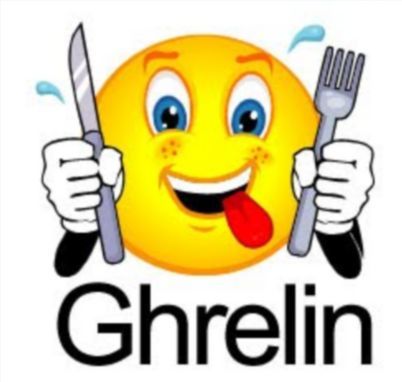 (BeWellBuzz) Have you ever thought about what actually makes us hungry? What is the natural element inside our bodies that signals are brains that we have to eat and when we have to stop eating? It’s the 28 amino acid “Ghrelin” that is known to arouse hunger within our natural system. This hormone is secreted before hunger and stops after the body is satiated. This is why it is commonly termed as the ‘Hunger Hormone’.

Ghrelin is the hormone that makes food look appealing to us. Ghrelin also has a lot of effects on our brains. According to a research, 20 volunteers were scanned as they looked at the images of food or scenery. After injecting them with ghrelin, they actually were able to look at the images more clearly. Ghrelin also influenced their hunger and thirst.

Anything when taken in excess has its own disadvantages; same is the case with Ghrelin hormone. According to a new study, high levels of Ghrelin are responsible for making high calorie foods look tempting to a person. This is the reason why a cheese cake would appear more appealing to eat than a cucumber. This hormone seems to increase during fasting!

Ghrelin influences our eating patterns; it is the hormone which indicates the brain when your stomach is empty.  Since ghrelin is produced in the stomach before a meal, a person is likely to eat more if we induce him with extra ghrelin.

This research also proved that ghrelin may have an impact in producing obesity. According to some studies, if drugs to block ghrelin are used, it may help in countering obesity. Although these drugs are not yet developed, scientists say that to counter overeating of high calorie foods, we must not skip breakfast and keep ourselves hungry. In contrast, doctors also say that since ghrelin influences brain activity and making a drug which plays with our brain system could cause certain emotional side effects.

Skinny people have high levels of ghrelin production during night time, which is not the case with obese people. Not sleeping properly in the night increases ghrelin production, which ultimately increases the urges for high calorie foods. So, the fact that sleeping properly in the night will help reduce weight is actually true!

Doctors recommend at least 6-8 hours of proper sleep at night to balance the ghrelin levels of your body.

If you follow a healthy diet and exercise more often, you will have better sleeping patterns and hence balance your ghrelin levels. It is also found that high protein diets reduce the production of ghrelin and control appetite urges. That is why nutritionists often suggest protein diets for obese patients.

Uncontrolled dieting, however, may increase even more ghrelin and hunger, that’s why it is always advised not to follow strict diets. If you are gaining weight and want to shed some pounds, fast for two or three days and you will gain some control of ghrelin. Low levels of Ghrelin will also help tone your body beautifully. Chewing properly also helps control ghrelin production.

Ghrelin – The Good Side

Ghrelin is not all that bad. Some studies also report that people with unexplained weight loss started to have a good appetite when injected with Ghrelin. With ghrelin, the observant ate more carbohydrates and protein, but the same amount of fat.

Ghrelin is a natural hormone aimed at boosting hunger within us but an increasing amount of it can lead to obesity. While there are no proper drugs to control it, the best way to deal with it is to sleep on time and have meals on time. However, one glass of water before every meal will always reduce the amount you eat by 8 ounces and suppress ghrelin.

So, the next time you plan to go on a strict diet, make sure you are not playing with your ghrelin levels a whole lot!