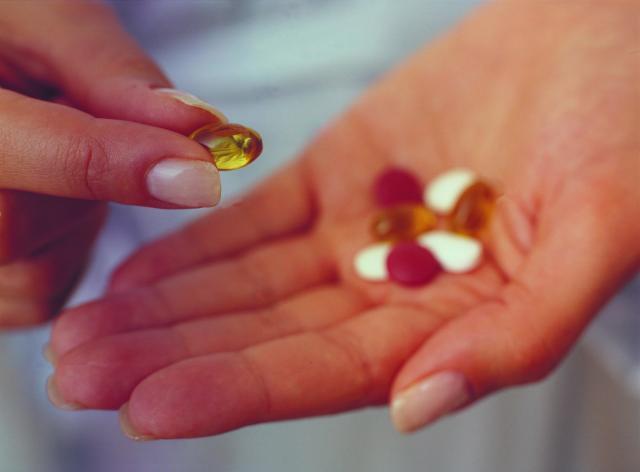 (BeWellBuzz) Cows were born to graze, and graze on grass they do except when filled with steroids and goo. If you were fed corn and made to sleep in poo, wonder what that’d do to you?

For many of us this is review, but I’ll include the reminder for clarity’s sake. Unless otherwise explicitly stated, most commercially available meat comes from animals fattened with grains, particularly corn. Unfortunately, cows weren’t made to eat massive quantities of corn and grain, but leaves and grass. When the cattle fill up on the sweet starch, much like us, it causes blood sugar spikes and increases fat storage, while depriving them of the food source and nutrients of their natural and healthy diet. This is reminiscent of depleted soil. The substance of the animal becomes less healthy and nutrient deficient.

Cattlemen choose grain feeding in the latter weeks of a cow’s life because it matures them faster and without seasonal interruptions. Being economically motivated, the next step is often hormone and antibiotic injections (this is sounding like a few people I know). Why use hormones? To make them bigger, faster. Why do they need antibiotics? Because of the unhealthy conditions the cattle live in, including grounds infested with feces; tight quarters where they can’t exercise and move freely; and constant proximity to other cattle where disease easily spreads.

The injection of hormones, drugs and the wrong feed amounts to a meat product that also contains traces of hormones and drugs, and excess fat with diminished health benefits. Edible? Yes. Optimal?

Coenzyme Q10 is an essential nutrient both synthesized by the body and taken from diet. Studies show that our bodies typically produce plenty until we turn 20 (Sears, Al: The Doctor’s Heart Cure, below); thereafter, production diminishes, and many adults over 40 show deficiencies.

The enzyme plays a vital role in metabolism and production of energy. It also may be crucial for brain function, cognition and memory. It’s a powerful antioxidant, preventing DNA damage and helping to prevent LDL oxidation, which is now considered a key marker for heart disease.[1]

The richest sources of CoQ10 are red meats, especially the organ meats. Because the body makes less with age, we need to replenish through diet. But grain-fed cattle may produce meat with up to 10 times less CoQ10 than those grass-fed. In his report on CoQ10, Chris Masterjohn, Ph.D, and expert in biochemical and molecular nutrition quotes Dr. Al Sears, MD, from his book The Doctor’s Heart Cure, “Unless you regularly consume wild game or eat internal organs of grass-fed animals…it is difficult to maintain good blood levels of CoQ10 from dietary sources alone.”

Recommended dosage is typically from 30 to 90mg daily, but some are recommended treatments as high as 200mg/day. Masterjohn relays the story of a woman taking several drugs to lower cholesterol and blood pressure. Dr. Sears found that he had a severe CoQ10 deficiency. Taking 200mg per day, he was able to drop the drugs without compromising his heart health.

Because cholesterol and saturated fats have wrongly been accused of causing heart disease, two trends have taken root:

In fact, many who’ve taken statins have experienced a condition now called TGA (transient global amnesia). Firstly, cholesterol plays a central role in the formation of synapses. Deficient cholesterol in the brain starves synapses and impedes cognition. Many experts now believe that low fat diets and a cholesterol deficiency may be linked to Alzheimer’s Disease.

Secondly, the drug also inhibits CoQ10 synthesis. A low-saturated fat and no-meat diet, usually prescribed, then stamps out any chance of replenishing the lost CoQ10. People tell horror stories about sudden and complete memory lapses where they forget their spouse, their kids, their home address. One of these stories was told by former astronaut, flight surgeon and family doctor Duane Graveline, MD, MPH. Duane was six weeks into taking Lipitor when it happened. His wife found him wandering aimlessly through their back yard. He barely accepted her hospitality and refused to go into their home, which he didn’t recognize.

The episode lasted hours. Despite argument from his physicians, Duane insisted it was the drug and stopped taking it. Later, after doctors convinced him to get back on it taking half the previous dose, it happened again. Now many others who’ve experienced the same TGA while on Lipitor tell their stories.

Masterjohn sums it up in his article Statins Inhibit Coenzyme Q10 Synthesis:

The story of coenzyme Q10 is an ironic one. Coenzyme Q10 is vitally important for the entire body, but has proven especially important to the heart. Yet the “heart-healthy” establishment guidelines hit CoQ10 with a double-whammy: statin drugs hit the body’s own synthesis of CoQ10, while red meat and organ meats have both been ridiculed as unhealthy “artery-clogging” foods, yet are the primary source of dietary CoQ10.

Part of the solution may just be to reincorporate healthy saturated fats, such as coconut oil, and lean grass-fed meats; eliminating or significantly lowering intake of refined, processed and sugary foods; taking supplements as recommended by a natural health professional; and getting regular exercise including 2-3 weekly session of HIIT (high intensity interval training).

When compared to the steroid and antibiotic pumped grain-fed beef, organic grass-fed beef:

If you don’t have access or prefer not to eat grass-fed red meats, or wild game such as elk or deer, heart health pro’s recommend taking a CoQ10 supplement along with a healthy oil, such as fish oil (for better absorption). If you are on statin drugs, experts say you absolutely should be supplementing with CoQ10.

Why Grassfed Animal Products Are Better For You by Dr. Mercola

[1] Whereas experts once thought that LDL cholesterol was “bad” and caused heart disease, scientists now know that it’s when LDL goes bad, i.e. is “oxidized,” that it becomes toxic and ignites a process that can cause hardening of the arteries. CoQ10 helps to prevent LDL oxidation and, thus, protects the heart.