There is more than one joke made about the brain in your stomach. The gut-brain connection tells us much more than just “Feed me,” or “Pass the popcorn.” Jokes aside, the mind-gut connection is an information superhighway between what we eat and our emotional well-being. Scientists are discovering that influences everything from mental health to obesity to autism. 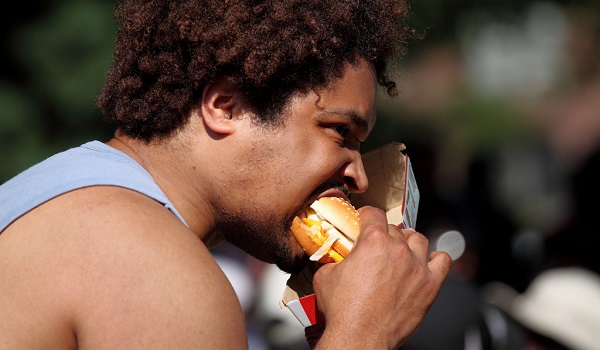 Scientists have known about the interconnection of the gastrointestinal tract and the brain for a long time, but recently some pretty incredible discoveries were published by a gut-brain neuroscientist, Diego Bohórquez.

At first, researchers knew about a secondary nervous system operating in sync beyond the central nervous system. The enteric nervous system consists of two layers of lining spanning the entire digestive tract, from the tongue all the way to the rectum. The enteric system contains millions of nerve endings and sends neurotransmissions from the gut to the brain on a regular basis via hormones issued by the enteroendocrine cells.

According to the Bohórquez’s published research, “It became evident that enteroendocrine cells have similar physical attributes to neurons, so we wondered whether they might be wired to neurons, too.” Soon, through animal experiments, his theory proved true. His team witnessed direct communication between the sensor cells and the nerve endings, something seen before only when studying the neurons in brains. 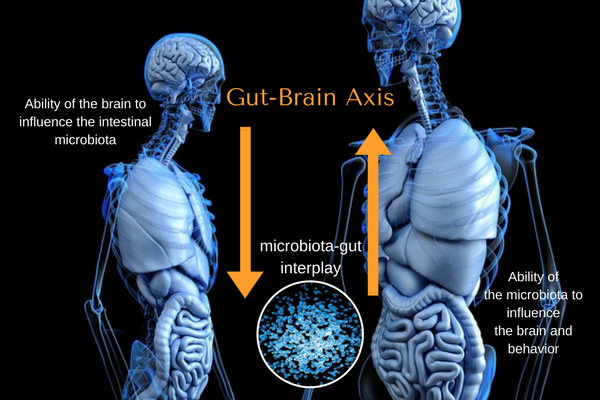 The Microbiome in Our Gut and Mental Health

Just when you thought the mind-gut connection couldn’t get more interesting, it turns out that it is also influenced by bacteria, fungi, eukaryotic parasites, and protozoans. All of those tiny creatures flourish happily in our digestive system. Our guts are teaming with beneficial and harmful freeloading microscopic living things. Their populations fluctuate according to what we feed them, and that seems to have a direct affect on our mental health.

As an example, we likely carry many dangerous pathogens in our intestines, such as C. Difficile and H. Pylori. Most of the time they are left to their own devices and interact with our immune system only minimally. In some cases, the bacteria may trigger an overactive stress response from the immune system. The way those two gut bacteria stimulate the immune system leads it to release stress hormones and increase anxiety. It may even trigger a type of flight-or-fight response. 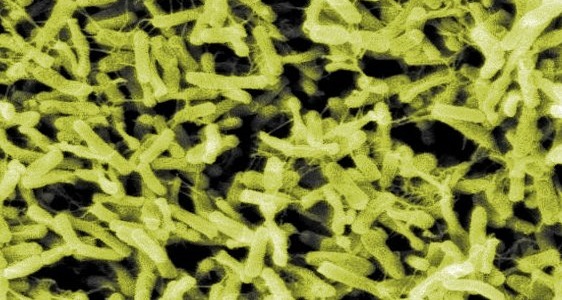 The relationship between our healthy guts and our mental health is even more profound. In another study of lab animals, scientists raised mice in a germ-free environment. They were not exposed to bacteria from their mother during birth and were raised in a tiny laboratory germ bubble.

Later, they were found to have no microbiota and therefore no flourishing gastrointestinal environment teaming with life. Even more interesting are that the many neurological changes reported by the researchers. It turns out that germ-free mice don’t produce a vital brain fertilizer responsible for essential parts of normal physiological processes such as neuroprotection, neuroplasticity and cell repair.

Low levels of the brain fertilizer in question correlate to chronic depression and anxiety in humans. This fact leads one to wonder how the common germs living throughout our digestive tract continually influence our personality and mental well-being.

How to Support A Healthy Gut-Brain Connection

The powerful connection between your stomach and brain is not a process to take lightly. As the saying goes, your body is a temple, and with what we now know, the saying is truer than just words. What you put into your body directly affects much more than weight gain and regular bowel movements. It may influence mental illnesses such as schizophrenia and post-traumatic stress disorder.

So far, gut-brain research remains in the preliminary stages. Nobody is suggesting that a strict diet of certain foods should be maintained to cure autism, but the research indicates that a deficient diet generally reflects poorly in overall mental health. On the flip side, eating well supports a flourishing ecosystem inside the digestive tract. It has been hypothesized that promotes good health of the mind as well as body.

What can you do to support healthy microbiota? For one, stop eating junk food. Processed foods high in refined sugars, fats and salts have nothing to offer your bacteria ecosystem. Junk food quickly kills off beneficial bacteria. If what we’ve just discussed proves true, junk food may eventually affect your mental health through gut-bacteria genocide.

Many other foods are very beneficial for good gastrointestinal bacteria. For example, certain probiotics have been shown to have the potential for fighting depression and clinical anxiety. Fermented foods containing natural probiotics are also great ways to boost gut health.

A final suggestion for improved gut health is a natural colon cleanse. Especially if you have recently made a significant dietary shift away from junk foods, resetting the system with a good detox will help flush out the bad to make room for the good.

Future Developments from the Digestive Tract

We are nowhere near understanding the full extent by which food, digestion, and mental health are related. The research continues and is only just scratching the surface. What we can gather so far from the body of knowledge is that our central nervous system is connected intimately to our enteric nervous system. We can’t ignore the foods we put in our body and their deep connection to mental health.