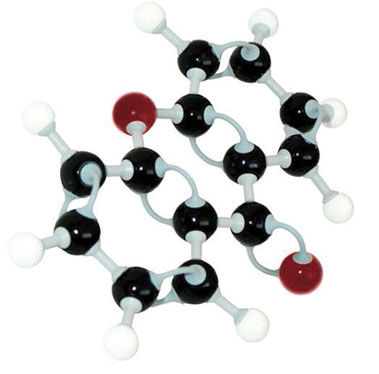 Xanthones are powerful phytonutrients that are usually derived from tropical plants. Mangosteen, the queen of all fruits, is considered to be the concentrated source of these phytonutrients. Mangosteen trees were already used for medical purposes in Asian countries but its popularity has never expanded to the other continents because it was not introduced to the western world. Recently, there are a number of studies that determine the effectiveness of mangosteen and its major component, xanthones, in providing sufficient amount of phytonutrients that a human body needs.

There are over 200 xanthones that can be acquired from nature, but mangosteen contains the highest number of this chemical compound. Xanthones can also be derived from other fruits but in minimal amount only compared to mangosteen. In fact, mangosteen is considered to be the richest source of xanthone with over 40 kinds of xanthone content.

Xanthone is actually plant derived nutrient that can be acquired from nature and organic materials in small quantities. It is a potent life enhancing nutrient that works better than any other kind of vitamins and minerals. In fact, it has antioxidant and pharmaceutical properties that work far better than Vitamin E and C. It contains a number of powerful antioxidants that effectively fight against free radicals. As commonly known, free radicals are responsible for the damaged skin cells that lead to a number of serious illnesses such as cancer. Xanthone works by repairing the damage cells thereby reducing the risk of developing cancer and other serious medical conditions. In fact, xanthones are considered to be the super antioxidant because it can combat different kinds of serious illness that are triggered by constant damage in the skin cells.

Research about the effectiveness of xanthones and mangosteen in dealing with various kinds of serious illnesses began in 1970 and between 1996-2005, there has been a significant increase in the number of clinical researches that were conducted. These scientific studies further proved the effectiveness and efficiency of xanthones and mangosteen in treating different medical conditions. Results revealed that xanthones travel through the body and removes all free radical and harmful substances along its way. In effect, the body is left cleaner and healthier.

There are lots of medicinal products and health supplements today that incorporate mangosteen and xanthones in their list of ingredients but consumers must be aware of the components of mangosteen that were used. The full healing and nutritional value of mangosteen can only be derived when the entire seed, fruit pulp and pericarp are utilized. Ever since then, pericarp was already used to treat the inflammation of throat and nose, inflammation of the urinary bladder, skin ailments, eczema, fever, intestinal conditions, diarrhea and dysentery. Many pharmaceutical companies make use of xanthones in their health supplements because of its antithrombotic, platelet aggregation inhibitory and vasorelaxant properties.

According to some clinical studies that were conducted, xanthones have the ultimate capacity of regulating the cholesterol level of an individual. It even regulates the blood sugar level of human and fight against different kinds of infections that are caused by virus, fungi, bacteria and fungi.

This phytonutrient can also improve the skin condition of human beings while at the same time help fight against inflammation and pain. It also promotes microbiological balance, supports the immune system and prevents allergic reactions. Results of clinical studies also reveal that xanthone enhances the cardiovascular system of human beings. In fact, xanthone is proven and tested to be effective in combating cancer and atherosclerosis or hardening of the arteries. This powerful chemical compound can also prevent the risk of developing stroke, thrombosis, hypertension, ischemic heart disease, and heart attack.

Xanthone bolsters the cell’s natural capacity of fighting against the attack of free radicals. There are actually 6 kinds of xanthones that can combat the presence of cancer and serve as anti-tumor. It protects the heart and the entire cardiovascular system. It promotes flexibility while it supports joint functions, cartilage and a healthy immune system. It also enhances the intestinal health by maintaining the intestinal flora and more importantly, xanthones promote healthier and stronger respiratory system.

Xanthones can also help in boosting one’s energy and reduce fatigue. It promotes eye care and prevents the developments of eye diseases such as glaucoma and cataracts. It even prevents the manifestation of dementia such as Alzheimer’s and Parkinson’s diseases.