For many health-conscious people,  before purchasing a food, the first thing they do is check the label for its nutrition content as well as its ingredients. While most people know to steer clear of unhealthy and harmful ingredients such as high fructose corn syrup, MSG, and hydrogenated oils, some are unfamiliar with another extremely dangerous additive: maltodextrin.

Whether you’re familiar with this artificial additive or not, it’s likely that you’ve been consuming maltodextrin for years. Continue reading to find out just what maltodextrin is, its dangers and side effects, and several healthier substitutes. 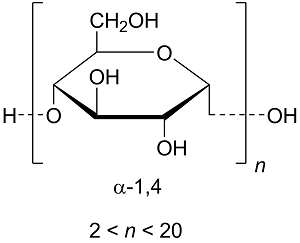 Maltodextrin is an artificially produced white powder that is enzymatically derived from various starches, including potatoes, corn, wheat, and rice. The starch is derived by using a process called partial hydrolysis. This process uses water, enzymes, and acids to break down the starch and create the water-soluble white powder. So, although it comes from natural ingredients, the end product is extremely processed and unhealthy.

When maltodextrin is added to various foods, it acts as a thickener and helps to bind other ingredients. It typically is used as a filler to increase the total volume of the food. You can find maltodextrin in popular processed foods such as sauces, salad dressings, chips, yogurts, and puddings/gelatins. Maltodextrin is also commonly found in artificial sweeteners such as Splenda.

Nutritional Information: Is Maltodextrin Bad for You?

Maltodextrin has roughly four calories per gram, the same amount of calories as sucrose, or table sugar. Just as with sugar, your body digests maltodextrin extremely quickly, which is why it’s often used as as a quick source of calories and energy. However, maltodextrin has an extremely high glycemic index, ranging from 106 to 136. This means it can raise your blood sugar level very quickly. 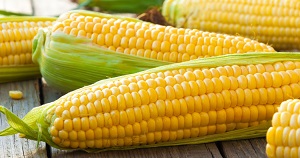 Consuming maltodextrin has many dangerous repercussions and side effects. Below you will find five health risks that maltodextrin poses.

Because the glycemic index of maltodextrin is so high, it can drastically spike blood sugar levels. For people with diabetes or insulin resistance, consuming maltodextrin can be extremely dangerous. In addition, because maltodextrin is so easily absorbed into the bloodstream, it is often stored as fat rather than used as energy.

On the other hand, complex carbohydrates such as whole grains, which are broken down and absorbed slowly, can help suppress your appetite and keep you feeling full and energized for a longer period.

2. It suppresses the growth of probiotics.

Another danger is that in can change the composition of your gut bacteria, due to its suppression of the growth of beneficial probiotics. Research shows that maltodextrin is linked with various bacteria-associated intestinal disorders. In fact, it’s often theorized that the increased incidence of Crohn’s disease is directly related to the increased consumption of artificial starches such as maltodextrin.

One study found that consuming maltodextrin increased the amount of bacteria that adheres to the intestinal cells. The study also found that the adhesion of E. coli bacteria was particularly enhanced. Excessive E. coli is associated with many autoimmune disorders.

Researchers have also found that maltodextrin promotes the growth and survival of salmonella, which is linked to various chronic inflammatory diseases. In addition, studies have shown that maltodextrin can impair cellular antibacterial responses and suppress the antimicrobial defense mechanisms found in the intestines. This can lead to diseases such as inflammatory bowel disease.

As mentioned previously, in the U.S. maltodextrin usually is derived from corn. The USDA has stated that roughly 85 percent of U.S. corn is genetically modified. Though the FDA has not found conclusive evidence that GMOs are harmful, independent research has linked them to health concerns including cancer, Alzheimer’s, antibiotic resistance, and allergies. In addition, some research has shown that GMOs may have a toxic effect on various organs and systems found in the body.

4. It can cause an allergic reaction.

Studies have shown that maltodextrin consumption, especially at high doses, can cause severe gastrointestinal discomfort and various symptoms such as gas, diarrhea, and gurgling noises. Also, some individuals have reported other allergic reactions to maltodextrin, including skin irritations, bloating, and cramping.

Though the derivation process of maltodextrin usually removes gluten, trace amounts may be left over. The source of maltodextrin found in processed foods typically is not listed, making it near impossible to know for sure if it’s gluten-free.

5. It has no nutritional value.

Though this carbohydrate has roughly four calories per gram, it is composed entirely of carbohydrates and void of nutrients. So, there are no health benefits that come along with maltodextrin consumption.

The best way to avoid maltodextrin is to avoid processed foods and eat a diet full of healthy whole foods. Below are three healthy substitutes for maltodextrin. 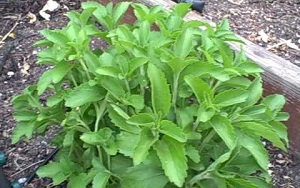 Stevia is an all-natural, calorie-free, plant-derived sweetener. It has no calories and comes from the leaf of the stevia plant. However, not all stevia is created equal. There are three main types: green lea, extracts, and altered. Green leaf stevia is the least processed of the three, making it the healthiest choice.

In addition, research has shown that stevia has many positive effects. For example, it can help reduce blood sugar levels and balance insulin resistance. Plus, by substituting stevia for processed additives and sugars, you can lower your sugar intake and your overall caloric intake as.

Pectin is another carbohydrate that can be extracted from various fruits, vegetables, and seeds. It is primarily used as a thickener and food stabilizer. You can also find it as an extract or powder in most grocery and health-food stores. And, you can extract it at home.

Like stevia, pectin has many health benefits. It is high in fiber, which helps to promote digestive health. It also helps detoxify the body by binding in the digestive tract with fatty substances, such as cholesterol and other toxins, and helping to eliminate them.

Plus, unlike maltodextrin, guar gum can help slow the absorption of glucose, a helpful effect for people with diabetes and high cholesterol.

As you can see, maltodextrin poses many serious health risks while being void of nutritional value. Next time you are grocery shopping, take a look at the labels of processed foods you plan to purchase and avoid any that contain this harmful additive. Instead, look for any of the aforementioned healthier substitutes. Your health will thank you.

→ For more information on other common dangerous ingredients, click here.

Is Maltodextrin Bad for You? The Good, the Bad, & the Ugly