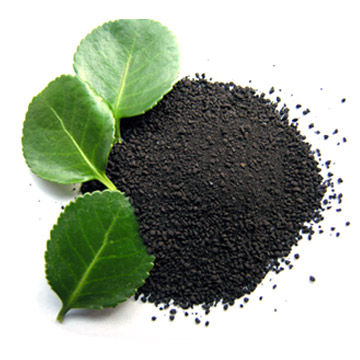 (BeWellBuzz) ‘Humic acid’ is derived from the word ‘humus’, which refers to the organic matter comprising of compost, soil, and other natural biological substances. Humus is formed in the soil as a result of plant residue, more specifically, decomposed plant and animal residue.

Humic acid is the combination of fulvic and humic acid, which is replete and found in abundance in humus. It is the most concentrated organic matter and a high-active compound, due to which it is deemed extremely beneficial for plant growth and composting and is used as a fertilizer supplement.

The innumerable benefits of humic acid have been known to many, but what’s bringing it into the limelight is its potential to double as a health booster for humans as well. However, we’ll start with the basics before diving into the startling revelations about this once-humble natural substance that could take the health industry by storm.

As mentioned above, humic acid is organic matter that is used as a biostimulant for gardens, trees, shrubs, indoor plants, etc. Although it cannot be typically classified as a fertilizer, it often does well as a complementary agent in organic or chemical fertilizers. In fact, it is a preferable option for farmers and plant lovers since it curbs the need for frequent fertilization and helps the soil become self-sustaining.

Humic acid breaks up compact clay soil and ‘frees’ up nutrients, boosting water penetration and encouraging healthier root development. When it comes to sandy soil, this material aids water retention and prevents the leaching of essential plant nutrients. That’s not all humic acid can do, though. Here’s what it is truly capable of:

When it comes to boosting microbial activity in the soil, humic acid offers carbon food sources to the indigenous microbes, thereby fueling their activity and making several vital nutrients available to the plant. With the increased concentration of microbes in the soil, humus development becomes more consistent since these beneficial organisms break down incompletely decomposed plant matter. This cyclical process decreases the pH of the soil and flushes out excess salt from the roots and the area surrounding them.

Humic Acid as a Nutritional Supplement for Humans

Humic acid has the unique ability to bind to positively and negatively charged ions in our bodies, as a result of which our systems get purified and natural balance is restored.  When this organic material binds with the positive ions, it doubles as a destroyer of free radicals and a potent antioxidant. Scientists are also looking at the potential of humic acid to both eliminate and prevent excess/heavy metal deposits in the body.

Dr. Daryl See, M.D., Immunologist at the UCLA Medical School, has stated that humic acid can regulate immune cells and prohibit killer T cells from running amok and triggering responses that attack the body’s own cells, especially during radiation therapy. This curbs the chances of an infection and also throws light on the probable treatment option for the ill effects of radiation.

Mastitis is a swelling of the breasts in a mammal caused due to a blockage of the milk ducts during lactation. Its common symptoms include flu-like indications and fever and intense pain in the breasts. In an experiment conducted on lactating female goats suffering from mastitis, it was found that humic acid accounted for the eradication of the condition after a span of two weeks, during which the animals were given controlled doses on a regular basis.

Apart from boosting antibiotic concentration in the soil, humic acid has also been known to be effective against rhinoviruses, which are viral pathogens that cause a number of conditions, the most widespread one being the common cold. Apart from rhinoviruses, humic acid has also been found to have some effect against the influenza virus, herpes simplex virus, viruses that cause respiratory tract infections, and even the Human Immunodeficiency Virus (HIV).

Humic acid has become a popular subject in natural health circles for a reason. It offers myriad benefits not only to plants, but to animals and humans as well. It is freely available, natural and devoid of any known serious side effects, dirt cheap – pardon the pun – and most importantly, not a patented product by a Big Pharma corporation. However, several pharmaceutical giants have been trying to patent synthetic forms of humic acid without any success so far.

If you are on the lookout for a high-quality humic acid supplement, you need to go for a 100% pure and natural product that has undergone superior extraction techniques, sterilization, and a battery of safety tests that deem it fit for human consumption.