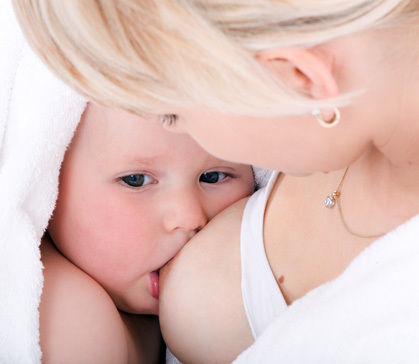 (BeWellBuzz) One of the first decisions any new mother will have to make is how they will feed their child. While this once was a foregone conclusion, now infant formula provides an alternative to breast feeding that didn’t exist 100 years ago. Formula makers will assure you that using formula is a suitable alternative to breast feeding, but new mothers should evaluate these claims with skepticism. Science has had a difficult time creating equivalent alternatives to natural foods, and infant formula seems to be just another example of this inadequacy.

Benefits for the Child

Over the past several decades, a number of studies have been conducted that have provided support for the practice of breastfeeding. Some of these studies have later been brought into question, but others have stood the test of time. Breast milk has the highest level of colostrum which is vital to child’s development. One of the best-supported benefits of breastfeeding is the immune system help it offers an infant. Because an infant’s immune system is just beginning to develop and adapt to the world around him or her, it can be considered more susceptible than an older child or adults. Breastfeeding speeds up the development of the immune system by passing antibodies from the mother to the child. This form of immunity, known as passive immunity, essentially vaccinates the infant to a number of diseases she might otherwise have been susceptible to. On a similar note, studies have found breastfed babies to be less prone to infections. Different studies have indicated that breastfed infants are either less likely to contract or less likely to suffer a severe form of:

Breastfeeding also appears to decrease a child’s risk of developing aspects of metabolic syndrome later in life. Specifically, they are less likely to become obese or diabetic. Breastfeeding has been shown to be protective against obesity in several studies, and it appears that the longer a baby is breastfed for, the greater the protection they have against extreme obesity later in life. Why this occurs is unclear, although it may have to do with a child’s tendency to drink more when being bottle-fed versus feeding at the breast. In today’s world where obesity has progressed from an epidemic to a pandemic, it seems any way to protect a baby against being overweight might be valuable.

Benefits for the Mother

In practical terms, breastfeeding is a very cost-effective way of feeding your child. It also suppresses ovulation, thus providing a natural means of birth control during lactation (although it is an imperfect method of birth control). And, breast feeding can help a mother lose weight and return her body to its pre-pregnancy shape. Some other studies have found a number of long-term benefits for breast feeding women. These include a reduced risk of breast, ovarian, and endometrial cancer, a lower risk of coronary heart disease, and a reduced risk of post-partum bleeding.

After seeing this litany of benefits, you may wonder why many women don’t breastfeed. Breastfeeding is not always easy. It takes patience and effort, and many women are tempted to reach for the bottle of formula to soothe a crying baby instead. However, the payoff from that initial investment of time in breastfeeding is well worth it. If you’re unsure of how to go about breastfeeding, or just need some tips on how to make it easier, contact a local lactation consultant. In the end, remember: Breast is the best!