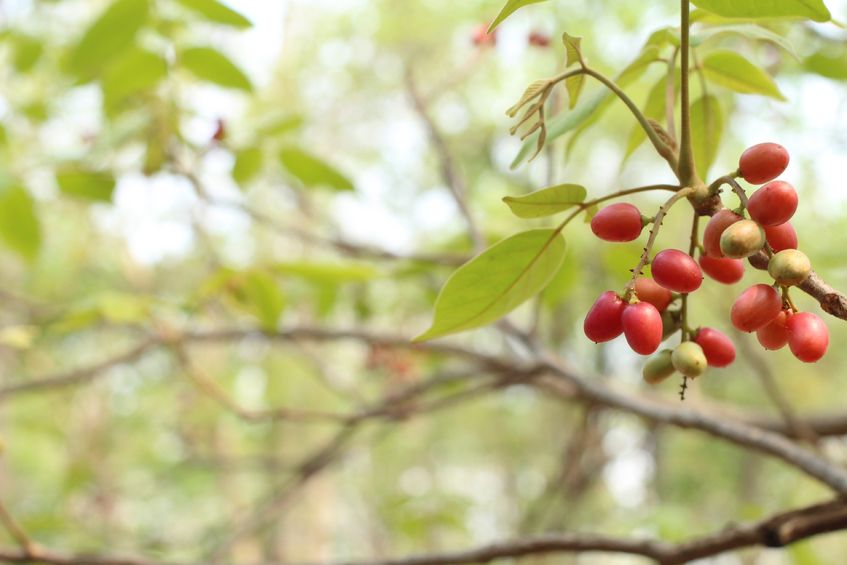 The Miracle Berry, commonly known as Miracle Fruit and official name, Synsepalum Dulcificum has been around for years. In fact, one of the earliest accounts of consumption of this berry was around the time of 1725 where a European explorer, Chevalier des Marchais, found out that a range of West African tribes were consuming this “Miracle Berry” before they ate their traditional dishes.

The Miracle Berry has become more mainstream over the past few years, and even more so in the last year or so. We concluded that now is the perfect time to see what the buzz is all about!

We took some time out to research studies, credible sources and real people’s experience with a goal of providing a summary of what we found and to answer the question – Is “The Miracle Berry” Really a Miracle?

Why is The Miracle Berry considered a Miracle?

So far, the Miracle Berry seems just like any other superfood, right? From our research, we can see a fruit that has contains some anti-oxidants and helpful nutrients, but this wouldn’t make us consider this as any miracle. In 2016, there are so many superfoods available – this is just simply not one that stands out as a miracle.

We came to the conclusion that there must be something else that makes this fruit a “Miracle Berry”.

In turns out, there was.

As we mentioned at the beginning of the article, the Miracle Berry was first adopted in West Africa, used by a range of tribes. It turns out that the diets of these tribes consisted of dishes that were typically very sour and bland. The tribes came to realise that if they consumed the Miracle Berry before they ate their normal dishes, the food would taste sweet!

People report to be able to eat sour foods such as lemons, grapefruit, greens smoothies and say as they taste just like lemonade or other sweet foods. Many people refer to the Miracle Berry as “flavor tripping”!

Does the Miracle Berry still work in 2016?

Just because the Berry worked hundreds of years ago, we couldn’t be sure that throughout the evolution of the Berry, if it would still work today.

After looking into a range of reviews on the berry, some scientific studies and listened out for “the word on the street” we came to the conclusion that the Miracle Berry still functions just as it did all those years back.

Unlike the old times, the miracle berry is now available in various forms. You can pick up the Berry online in the various forms; you can get the Miracle Berry in:

Everything you need to know about the Miracle Berry

How long do the effects last?

The majority of people that have used the Berry experience the same type of effects, although the time of effectiveness is the main variable.

The effect can last between 15 minutes and two hours for most people. There have been rare reported cases of 18 hours of sweetness, pay attention to the next section to ensure that you don’t end up tasting sweet for too long!

Most people report a surprisingly pleasant taste – A tangy berry which transforms into sweetened cranberry. Some say that the berry itself doesn’t taste of much at all!

How long should I hold the berry on the tongue?

Most experts recommend anywhere between 30-45 seconds to coat the tongue and let the juices get absorbed from the tongue.

There has been a range of claims of more specific benefits from The Miracle Berry, in this case, we are going to focus on those that have more evidence backing up these claims.

Diabetes is one of the most popular as well as one of the toughest health conditions to cope with regarding eating. As many know, diabetics need to manage their sugar levels carefully. One of the hardest and most challenging part of becoming diabetic for most people is severely limiting sugary foods.

This is where the all-natural sweetener comes in – The Miracle Berry! Not only does the Miracle Berry make sour and bitter foods sweet, it also assists in cleansing the entire body with its anti-oxidants and nutrients.

Cure your sweet tooth without actually consuming anything full of sugar!

Although the Miracle Berry doesn’t have an immediate effect on losing weight, its effects have resulted in “tricking” the body into weight loss by making foods that wouldn’t be considered sweet… super sweet!

The Miracle Berry itself is not calorific whatsoever and by making other foods that do actually aid in weight loss a lot more sweet, consequently makes these foods more appealing and increases the chances of you consuming these foods!

Lots of people who have been through chemotherapy have suffered from the loss of taste, some more than others. The Miracle Berry has been proven to help restore the chemotherapy patients tastebuds and in some cases, completely bringing back their taste senses for a period of time.

Check out another Berry Related Article from BeWellBuzz here