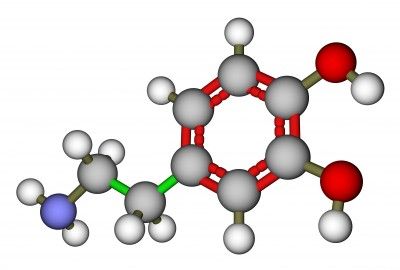 (BeWellBuzz) What is the common factor between obesity, low energy levels, and depression?

The answer is dopamine, a neurotransmitter which plays a vital role in regulating our brain’s reward and pleasure mechanism. In addition, this all-important chemical messenger controls our movements, stimulates metabolism and aids weight loss, relays nerve impulse across a synapse, and supports our circulatory system.

Dopamine deficiency, in turn, can contribute to obesity, depression, and low energy levels. Going forward, we will discuss the link between dopamine and each of these conditions separately. In addition, we will talk about how you can ensure ample production of dopamine and reap the numerous health benefits associated with the normal secretion of this all-important neurotransmitter.

Over the last decade, many studies, none more important than the two discussed here, have suggested a link between dopamine and obesity.

A study conducted by American researchers concluded that people who are obese have fewer dopamine receptors in their brain.

In the study, researchers measured the number of receptors for this neurotransmitter in the brains of 10 normal-weight people and 10 obese people. Subjects who were obese were found to have fewer dopamine receptors than people with normal weight. In addition, within the obese group, the number of dopamine receptors decreased with increments in the body mass index or BMI, a scale used for measuring obesity. In other words: the greater the degree of obesity, the fewer the dopamine receptors.

In an article published in the August, 2009 edition of the prestigious European Journal of Neurology, scientists suggested that increments in dopamine levels might aid weight loss.

In the study, scientists analyzed the effect of dopamine-raising drugs on the weight of Parkinson’s patients. They found that patients who took these medications tended to lose weight. The study also showed that amount of weight loss is directly related to dosage of dopamine-raising medications taken by these patients. However, scientists did not state if this trend would also occur in adults who don’t suffer from Parkinson’s.

Why dopamine is believed to be linked with obesity

As you may know, our brain sends the signal to our body to stop eating when we are full. It is now believed that the brain uses dopamine to send this signal. Individuals with low levels of dopamine in their brains are likely to overeat more frequently because of poor communication between the brain and the body. Frequent overeating, in turn, leads to weight gain and can impede any weight-loss plan.

Although it is not yet clear if dopamine deficiency on its own causes weight gain, there is enough data available to suggest a link between the two. So, people who are obese or who want to lose weight are likely to benefit from improving dopamine levels, a topic that is discussed in detail in the last section of this article.

According to various scientific studies, there is an unmistakable connection between dopamine and depression. Dopamine deficiency can reduce a person’s ability to feel emotion, as well as impede his/her response to antidepressant drugs. It has been noted that people suffering from depression usually have lower-than-usual dopamine levels.

Dopamine stimulates metabolism and promotes a feeling of overall well-being. People who have low dopamine levels are likely to frequently feel low, tired, lethargic, and fatigued. Low dopamine levels also affect motivation. In other words, people with dopamine deficiency are less likely to exercise or stay committed to an exercise plan.

Essentially there are 5 natural ways in which you increase dopamine production:

1. Consuming foods that are rich in amino acids and folate

Dopamine derived from food sources usually cannot enter the brain. It is synthesized in the brain from an amino acid, L-tyrosine, which is present in high amounts in foods such as dairy products, red beets, watermelon juice, banana, and almonds. Foods that have high folate content are also beneficial for someone with dopamine deficiency, as they assist the brain in the production of dopamine. High-folate content foods include, among others, the following: papaya, cauliflower, broccoli, leafy green vegetables, lentils, black beans, and garbanzo beans.

2. Avoiding processed foods and foods that have high cholesterol, sugar, and fat content

Such foods impede the production of dopamine, and, as such, should be avoided. Replace such food items in your diet with foods that are rich in antioxidants, such as spinach, broccoli, and berries.

Oxidation decreases dopamine levels. You can minimize the loss of dopamine due to oxidation by taking antioxidants such as Vitamin C, Vitamin E, and Vitamin B6.

5. Do yoga and deep breathing exercises

Yoga and deep breathing exercises help you improve your response to stress, which has a negative effect on dopamine production.