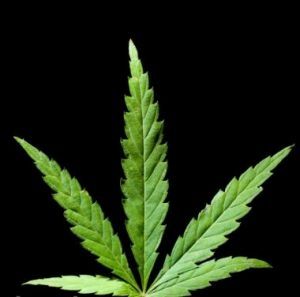 Herb remedies are something that are not talked about very often because there is not much profit to be made from something anyone can grow in their own backyard. Drug companies would much rather have people hooked on pills that only cover up an illness rather than cure it so they can continue to sell drugs to those people for the rest of their lives.

Marijuana is a plant that has been demonized in the western world for about one hundred years, but not much information is known as to why this plant is illegal. There are no very harmful side effects to be seen from marijuana, and someone is just as likely to get addicted to the plant as they would to alcohol or even caffeine.

Few or no deaths have occurred from hemp remedies over the centuries. Yet over 100,000 die annually from correctly prescribed pharmaceutical prescriptions in the USA alone. Go figure!

Marijuana is now gaining some traction for its use in medicine.

Marijuana can be used to treat many problems a person may be having in their life because it can give that person a different perspective on what is going on in the world. When you are able to look at your life through different eyes, it becomes easier to figure out the problems and solve them as quickly as possible.

While marijuana will definitely not work for everyone, there is little to no risk involved in trying it for your stress and anxiety problems. While some people are able to look at their lives subjectively without any help, most people tend to need an herb such as marijuana to help them out.

The most famous pioneer of cannabis hemp oil, Rick Simpson, who is exiled in Europe, has said smoking weed doesn’t cure much. Instead, THC hemp oil needs to be produced and ingested. This achieves miraculous results. He used his oil topically to fully cure his skin cancer when the medicos couldn’t in Nova Scotia, Canada.

Hemp cannabis extracts were prescribed by MDs and sold in pharmacies before hemp was banned in the USA. Actually, cannabis cure-all use goes back centuries.

According to the Washington Independent, the National Cancer Institute (NCI) changed its website on March 17th and for the first time listed cannabis as a Complementary Alternative Medicine (CAM). At that time, the NCI website read:

“The potential benefits of medicinal Cannabis for people living with cancer include antiemetic effects, appetite stimulation, pain relief, and improved sleep. In the practice of integrative oncology, the health care provider may recommend medicinal Cannabis not only for symptom management but also for its possible direct antitumor effect.”

Recent research in Japan, Italy, and the USA has proven THC cannabis destroys cancer cells without harming others. Why doesn’t this information get out more? Here’s an example of why. The NIH (National Health Institute) funded a Virginia study to prove weed damages the immune system. When the lab demonstrated cannabis was safe and killed cancer cells, the DEA (Drug Enforcement Agency) shut it down.

Unfortunately, despite promising studies on the effects of cannabis on tumor growth and a host of other scientific investigations into the therapeutic benefits of cannabis – mostly conducted outside of the United States – research in the U.S. is tightly controlled by the Drug Enforcement Administration (DEA) and the National Institutes on Drug Abuse (NIDA).

In 2006 Donald Tashkin, a UCLA researcher whose work is funded by NIDA, did a case-control study comparing 1,200 patients with lung, head and neck cancers to a matched group with no cancer. Even the heaviest marijuana smokers had no increased risk of cancer, and had somewhat lower cancer risk than non-smokers (tobacco smokers had a 20-fold increased lung cancer risk). (Tashkin D. Marijuana Use and Lung Cancer: Results of a Case-Control Study. American Thoracic Society International Conference. May 23, 2006)

According to neurologist Dr. Ethan Russo, the Guzman study was very important because cancer cells become immortalized and fail to heed normal signals to turn off growth and die on cue. In addition, the other way that tumors grow is by sending out signals to promote angiogenesis, the growth of new blood vessels. Cannabinoids turn off these signals as well.

Normally, any story that even suggests the possibility of a new treatment for cancer is greeted with headlines about a “cancer cure” – however remote or improbable it might be. However, if marijuana is involved, don’t expect any coverage from mainstream media.

The previous study which indicated that marijuana could be effective against cancer was conducted in 1974. In that study, researchers at the Medical College of Virginia, who had been funded by the National Institutes of Health to find evidence that marijuana damages the immune system, found instead that THC slowed the growth of three kinds of cancer in mice – lung and breast cancer, and virus-induced leukemia.

On March 29, 2001, the San Antonio Current printed a story by Raymond Cushing titled, “POT SHRINKS TUMORS; GOVERNMENT KNEW IN ’74” which detailed government and media suppression of news about marijuana cancer benefits. Cushing noted in his article that it was hard to believe that the knowledge that cannabis can be used to fight cancer has been suppressed for almost thirty years and aptly concluded his article by saying:

“Millions of people have died horrible deaths and in many cases, families exhausted their savings on dangerous, toxic and expensive drugs. Now we are just beginning to realize that while marijuana has never killed anyone, marijuana prohibition has killed millions.”

If you feel anxious all the time and can’t figure out what is wrong in your life then you should think about trying some herb remedies. They may not work for you in the end but they are definitely worth a shot if you are becoming desperate for a solution. Do your own research on various herbs before you make any decision because you want to make sure you don’t regret your choice.