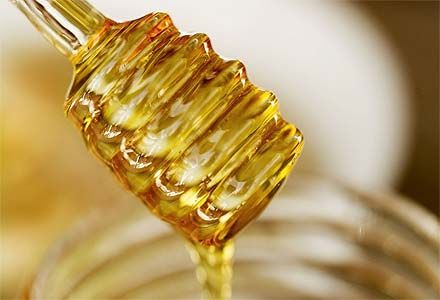 Honey has been known for its healing properties for thousands of years – the Ancient Greeks used it, and so have many other peoples through the ages. Even up to the second world war, honey was being used for its antibacterial properties in treating wounds. But with the advent of penicillin and other antibiotic drugs in the twentieth century, honey’s medicinal qualities have taken a back seat.

Today, many people swarm to honey for its antibacterial and anti-inflammatory properties. Holistic practitioners consider it one of nature’s best all-around remedies.

Treatment with honey is called apitherapy,which includes replenishing energy, enhancing physical stamina and improving immune systems. Honey also is considered to have a calming effect on the mind and promotes sleep. Honey also helps indigestion and has sometimes been used to treat cardiovascular disease and respiratory complaints. A thin coat of honey can be applied on the skin to disinfect and heal minor skin wounds and chapped lips.

Here’s the truth behind the claims about honey’s health benefits — and an important warning.

Never Give Honey to an Infant

Honey is natural and considered harmless for adults. But pediatricians strongly caution against feeding honey to children under 1 year old.

“Do not let babies eat honey,” states foodsafety.gov, a web site of the U.S. Department of Health and Human Services.

That’s because of the risk of botulism. The spores of the botulism bacteria are found in dust and soil that may make their way into honey. Infants do not have a developed immune system to defend against infection, says Jatinder Bhatia, MD, a Georgia neonatologist who heads the American Academy of Pediatrics’ Committee on Nutrition.

“It’s been shown very clearly that honey can give infants botulism,” a paralytic disorder in which the infant must be given anti-toxins and often be placed on a respirator in an intensive care unit, he says. Bhatia has never seen a case of infant botulism.

The National Honey Board, which the USDA oversees, also agrees that infants should not be given honey. “The concern for babies stems from the fact that infants lack the fully developed gastrointestinal tract of older humans,” the Board’s web site states.

In the laboratory, honey has been shown to hamper the growth of food-borne pathogens such as E. coli and salmonella, and to fight certain bacteria, including Staphylococcus aureus and Pseudomonas aeruginosa, both of which are common in hospitals and doctors’ offices. But whether it does the same in people hasn’t been proven.

Shop for honey and you’ll see that some are lighter, others are darker. In general, the darker the honey, the better its antibacterial and antioxidant power.

Honey comes in many varieties, depending on the floral source of pollen or nectar gathered and regurgitated by the honey bee upon arrival in the hive.

Honey producers may apply to the U.S. Department of Agriculture (USDA) for a grade on their product, but the score does not account for color. Rather, the honey is judged for clarity, aroma, and flavor, and the absence of sediments, such as honeycomb particles.

Clinical observations and experimental studies have established that honey has effective antibacterial and anti-inflammatory properties. It painlessly removes pus, scabs and dead tissue from wounds and stimulates new tissue growth.

Manuka honey is made in New Zealand from the nectar of Leptospermum scoparium. It’s the basis of Medihoney, which the FDA approved in 2007 for use in treating wounds and skin ulcers. It works very well to stimulate healing, says wound care specialist Frank Bongiorno, MD, of Ann Arbor, Mich.

When you apply honey on the wound it helps to retain moisture and leaves very little scar tissue. Due to the density of honey, no fungus or bacteria would grow in the wound.

Clinical and animal studies have shown that honey reduces the secretion of gastric acid. Additionally, gastric ulcers have been successfully treated by the use of honey as a dietary supplement. An 80% recovery rate of 600 gastric ulcer patients treated with oral adminstration of honey has been reported. Radiological examination showed that ulcers disappeared in 59% of patients receiving honey.

Honey and the Common Cold

Maryland family doctor Ariane Cometa, MD, who describes herself as a holistic practitioner, likes to use a buckwheat honey-based syrup to ease early symptoms of a cold. She says it calms inflamed membranes and eases a cough — the latter claim supported by a few studies.

In a study that involved 139 children, honey beat out dextromethorphan (a cough suppressant) and diphenhydramine (an antihistamine) in easing nighttime cough in children and improving their sleep.

“If you’re suffering from a cold or something going on in the throat or upper airways, getting on board with honey syrup will help fight infection and soothe membranes,” says Cometa, who also recommends a buckwheat honey-based allergy medicine.

Even if honey is natural, it is no better than ordinary white or brown sugar for dieters or people with diabetes, says dietitian Toby Smithson, RD, CDE, a spokesperson for the American Dietetic Association and founder of the web site, Diabetes Everyday.

A tablespoon of honey, in fact, has more carbohydrates and calories than granulated white or brown sugar.

Smithson, who has type 1 diabetes, says she prefers getting carbs from a cup of fresh berries or a carton of yogurt because they have about the same number of carbs as a tablespoon of honey — but less sugar.

“There are some minerals and vitamins and antioxidant properties in honey — the darker the honey, the higher the level of antioxidants — but with yogurt, you can also get those benefits. When you have diabetes, you have to be picky and choosy about carbs and calories.”