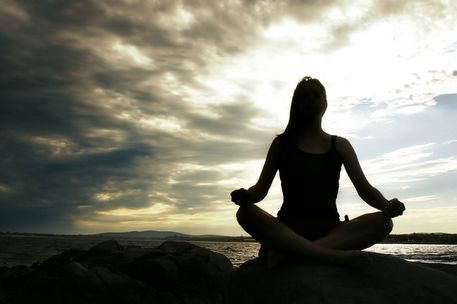 Meditation is a term that refers to a group of techniques where a user trains his or her mind to a mode of consciousness to obtain certain benefits. Examples of meditations include mantra meditation, relaxation response, mindfulness meditation and Zen Buddhist meditation. Majority of the meditation techniques traces their origins as far back during the prehistoric times. The roots of the practice of meditation are strongly linked to religious practices. In the early days, meditation was used as an individual’s way to engage with the spiritual dimension of the universe or to appease the gods or to communicate with a perceived supreme being.

Today in modern society, the adoption of meditation has extended its traditional use outside the scope of religion as people utilize it for health-related purposes. There is still no consensus on the universally accepted definition of meditation within the realm of scientific language, but the world of conventional modern medicine is slowly embracing the concept as an alternative or complementary form of medicine. By definition complementary and alternative medicine refers to a group of diverse medical and health care systems, practices, and products that are not presently considered to be part of the conventional practice of medicine (NIH NCAM, USA).

One of the key principles of meditation is the union of the mind, emotions, and the body that directly affects health. This direction is opposite to the Cartesian model of mind-body separation in the conventional modern medicine. Meditation trains a person to focus attention, and some forms of meditations instruct the person to intimately connect with his or her thoughts, feelings, and sensations and to observe them without any judgment. It is believed that this practice results to a deeper state of calmness, psychological balance and physical relaxation. Meditation can be transformative as a person learns to a more profound way of relating to his or her thoughts and emotions.

More and more people in the U.S. practice meditation. In a national government survey, an increase from 7.6% in 2002 to 9.4% in 2007 of the respondents reported the use of meditation in the past 12 months. This figure roughly translates an increase from 15 million people to 20 million people in a five-year span.  People in the U.S. use meditation for a variety of health reasons. As you read on, you will learn what benefits meditation can offer to our health.

More empirical studies need to be carried out to verify the results of the positive contributions meditation can give to human health. But the good news is that we are looking at a more positive future with this available technique as a regimen to help ourselves promote wellness.