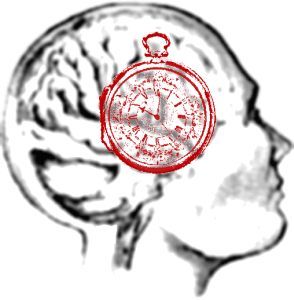 Melatonin is a natural hormone produced by the pineal gland. It is the hormone responsible for the regulation of our internal body clock which is also referred to as the “circadian rhythm“. The production of melatonin is influenced by the amount of light in the external environment. Darkness stimulates the production of melatonin while brightness produces the opposite effect.

Aside from the regulation of our biological clock, melatonin also aids in the regulation of other body hormones. In females, it regulates the timing of the releases of reproductive hormones which helps set the pattern of the menstrual cycle.

The most popular benefit of melatonin is its usefulness in the treatment of primary sleep disorders. The National Institutes of Health reports it as likely to be effective in treating sleep problems among children with autism and mental retardation. But over the years, scientists are uncovering more interesting benefits of this hormone. For example, almost two decades ago it was reported as a protector against glucocorticoid damage, and also as an enhancer of immune function. The following are just few of the benefits being uncovered among others below:

Prostate cancer among the aging male population is recorded to be one of the most common malignancies and research have shown some promises as treatment with melatonin significantly reduced the number of prostate cancer cells. In a meta-analysis of 10 randomized, controlled trials to determine the effects of melatonin (alone or as an adjuvant treatment) on patients with various types of cancer, results showed that supplementation with melatonin reduced the relative risk of death at one year. In addition, there had been no reports of adverse effects. In other words, supplementation with melatonin in cancer treatment increases the likelihood of cancer survival.

However, there are other developments that change our understanding of this powerful hormone. For several years, melatonin has been at the forefront in treating jet lags. However, recent study shows that melatonin actually doesn’t really work to counter jet lag symptoms. Dr. Robert L. Spitzer, the study’s author and a psychiatrist at Columbia University in New York says “This study showed that the different doses of melatonin were no better than placebo at preventing jet lag symptoms,”

A word of caution – Melatonin is generally safe for adults taken in oral form. But it should be taken with extra caution for individuals with hypertension, depression, seizure disorders and diabetes. It may not be safe for all children as it may interfere with the other hormones which could affect growth in the adolescent years.

The benefits of the melatonin hold promises in the treatment of debilitating and deadly diseases. Note however that science is still on the look-out for conclusive results about the potential therapeutic benefits of this hormone.