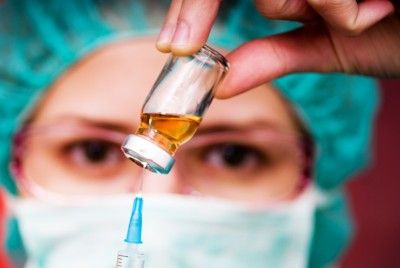 (BeWellBuzz) The question as to whether MMR vaccines are safe first surfaced in 1998. 13 years on, and there is still no definite answer. As a parent, it is imperative that you educate yourself about this vaccine and use your best judgment to decide whether an MMR shot is safe for your child.

MMR Vaccine – What it is?

A 3-in-1 vaccine, the MMR vaccine is used for preventing 3 potentially dangerous diseases – measles, mumps, and rubella.

What started the controversy?

Dr. Andrew Wakefield, a British gastroenterologist, was the first to raise concerns over the safety of the MMR vaccine. He suggested that a link between the MMR vaccine, chronic bowel disease, and autism may exist.

Dr. Wakefield’s claim created a storm, and many parents started questioning the use of MMR. However, governments in countries such as the UK, and the World Health Organization (WHO) vehemently supported MMR and stated that the findings of the study done by Dr. Wakefield could not be taken seriously. Two major flaws were pointed in the study:

With major governments of the world supporting MMR, the frenzy created by Dr. Wakefield’s report soon faded away. After Dr. Wakefield, a few other individuals did raise their concerns about this vaccine’s safety. However, these individuals too were not taken seriously. Health authorities repeatedly declared MMR to be 100% safe. The fact that 28 other independent studies supported Dr. Wakefield’s research was completely ignored by the authorities.

It has been recently reported that an Italian court recently ruled in favor of a family who claimed that their child had developed autism due to the MMR vaccine. According to published but unconfirmed reports, the Italian Health Ministry conceded that MMR vaccine caused autism in Valtentino Bocca, the child central to this case.

If this story is confirmed to be true, this landmark judgment by the Italian court, without a doubt, has reignited the old debate concerning the safety of the MMR vaccine, and this time, it seems that the voices of MMR skeptics will not fade away so quickly. The Italian media has hinted that more cases of childhood autism due to MMR are likely to be filed in the near future.

The particulars of this Italian case

It has been reported that in 2004, Valentino Bocca, aged 15 months, received an MMR shot. From that day onward, his health started deteriorating. A year after receiving the vaccine, that is, in 2005, Valentino Bocca was diagnosed with autism. His parents suspected MMR to be responsible for their child’s autism and filed a case in the Italian court. In 2012, a court in Rimini, Italy ruled in favor of the Boccas and also granted a 15 year annuity worth 174,000 Euros.

Nothing has changed as the standard vaccination protocol remains the same

Although the Bocca family has won the case, the ground reality remains unchanged. The MMR vaccine is still being used, and no additional safety measures have been proposed by health authorities to monitor its administration.

So, as a parent, what you should do? Should you completely ignore the concerns about the safety of this vaccine, or should you first ensure that the vaccine is safe before giving it to your child? Most importantly, is there any reliable mechanism available that can determine a child’s risk toward vaccine damage?

The good news is that there is a simple, inexpensive way in which one can determine whether a child is at risk of suffering from chronic bowel disease and other conditions that may surface due to an MMR shot.

A simple way to reduce the possible risks associated with MMR

According to Dr. Campbell-McBride, who claims autism can be treated naturally, our gut, brain, and immune system share a profound dynamic interaction. She goes on to state that severe damage to the gastrointestinal system can lead to autism in children. This probably explains why only a few children have symptoms of autism after being given vaccinations like MMR, while a majority of children don’t.

Dr. Campbell-McBride explains that children with a vulnerable digestive tract and abnormal gut flora are at a considerably greater risk of developing chronic bowel inflammation due to the MMR vaccine. This, in turn, can cause autism.

In her book, Gut and Psychology Syndrome, Dr. Campbell-McBride has explained in detail how a child’s risk of autism due to vaccinations can be determined. In short, the following things need to be done:

These tests are not very expensive and cost approximately $80 each in nearly all laboratories.

To sum it up, a few hundred dollars worth of medical tests can ensure that your child does not develop complications due to the MMR vaccine.