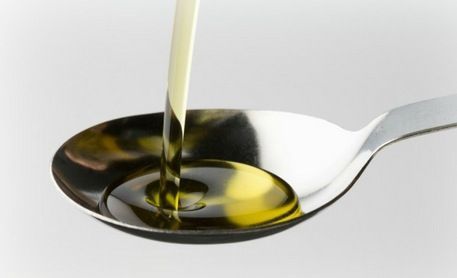 A gift from India and brought back from the dead by a Ukrainian physician, Dr. Karach, oil pulling is nothing short of a miracle. It is so effective against various ailments that it is rightfully considered as an alternate medicinal treatment in itself. The best thing about this 5,000 year old practice is that it is neither esoteric nor expensive. Anybody and everybody can use it if they want to. To use it, you need only two things: 10 ml of oil you like and 15-20 minutes of time. You can use:

What Is Oil Pulling?

Oil pulling is an age-old remedy that uses natural oil to help clean and detoxify teeth and gums. It has the added effect of whitening teeth naturally and evidence even shows that it is beneficial in improving gums and removing harmful bacteria!

This simple home remedy can also speed up recovery from various diseases ranging from common colds to acute allergic conditions, bronchitis, indigestion to stomach ulcers, and headaches to migraine. The treatment involves rinsing your mouth with 10 ml of oil of your preference for about 15-20 minutes.

During oil pulling, the oils (especially oils with naturally antibacterial properties like coconut oil) bind to the biofilm, or plaque, on the teeth and reduce the number of bacteria in the mouth.

This treatment has its roots in ancient Indian traditional medicine system Ayurveda, considered by most Eastern and Western scholars as the oldest form of health care. The avatar of oil pulling popularized by Dr. Karach is slightly different from the original one, listed in the Ayurvedic textbook Charaka Samhita.

Nowadays, people have been using different types of oil and are seeing effective results.

Sesame oil is more warming and may be more gently detoxifying than other oils that are “colder” energetically. It has a somewhat strong sesame flavor, which is a familiar food taste for most people. Sunflower oil has a milder taste if you prefer that.

You can also use organic coconut or olive oil as well.

There are two differences between the aforementioned two versions. These are:

Which oil is more effective?

All 4 suggested oils are equally effective. Quite a few people prefer organic coconut oil these days not only due to its taste but also anti-bacterial and anti-inflammatory properties.

What are the benefits of oil pulling?

Oil pulling is known to be useful in the treatment of the following conditions:

In addition to the aforementioned conditions, which studies confirm can be treated, prevented, or controlled by oil pulling, other conditions in which oil pulling might be useful include:

Approximately 2 ½ years after publishing an article on oil pulling and its several benefits, Andhra Jyoti conducted a survey to understand the following:

Recently people started using organic coconut oil as it tastes better. It has a cooler energy than sesame oil, so it’s good for people who tend to have a warmer constitution or condition of heat. Some people have reported that coconut oil is more strongly detoxifying, which isn’t always a good thing for some people, so it’s best to be cautious and go slowly.

How to do oil pulling