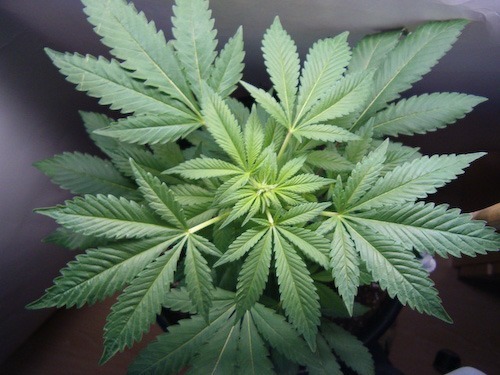 (BeWellBuzz) Medical marijuana is an alternative form of treatment comprising either the cannabis plant or synthetic variants of chemical compounds in the plant, termed as cannabinoids. Raw cannabis, which only involves the use of cannabis in its pure, natural form, is fast gaining popularity in alternative medicine, natural healing, and holistic treatment circles due to its astonishing ability to treat myriad ailments.

Unfortunately, there are various stumbling blocks in the implementation of raw cannabis as a completely acceptable form of disease management. Some of these include its legalization status, the importance given to profit making from patents rather than 100% safe and genuine treatments by Big Pharma, government policies, and so on. Regardless of the hurdles, it is pertinent to take a look at why medical marijuana deserves a second glance by policy makers and medical experts alike.

On that note, let’s have a dekko at why raw cannabis is such a huge deal.

The myriad benefits of medical marijuana

Before one takes into consideration the number of ways in which natural, unadulterated raw cannabis can better collective wellness and health, it would be prudent to know that this herbal plant has been in use for millennia.

Apart from the above, Cannabis sativa, which is the botanical name for one of the species of the cannabis plant, was commonly used as a veterinary ‘drug’, and as an antiepileptic and diuretic.

In the late 80s, the US Department of Justice made a statement which supported the view that marijuana was not a lethal substance, as compared to ‘approved’ and conventional medications that often led to drug-induced toxicity and side effects.

Additionally, the Food and Drug Administration (FDA) recorded no deaths whatsoever resulting due to the use of raw cannabis between 1997 to 2005. The only exceptions were instances where medical marijuana was taken in conjunction with allopathic medications – the figure of which stood at 279 fatalities. This was in sharp contrast with the number of deaths resulting due to FDA approved drugs – a whopping 10,008.

Most naturalists and pro-legalization activists also state that cannabis has the potential to double as a superfood of sorts. The plant, it is believed, has adequate concentrations of amino acids, cannabinoid acids (which are exclusive only to this herb), Omega 3 and Omega 6 essential fatty acids.

The most sensational claim, however, relates to cannabis being a likely cure for cancer. This argument has been put forth in many discussions and documentaries on the subject- but none caused as big an uproar as Run From the Cure: The Rick Simpson Story. The documentary traces the real life telling of Rick Simpson, a Canadian national who used marijuana as an effective solution for a grave head injury he had encountered in 1997. Over time, Simpson went on to become a provider of hemp oil for thousands who had been afflicted by various diseases, including cancer – with almost all of them witnessing significant improvements in their condition. The results of hemp oil treatment notwithstanding, Rick Simpson was charged with marijuana trafficking and possession under existing drug laws.

Recent studies have ascertained that raw cannabis has the potential to either alleviate the symptoms of, or fully treat the following conditions without any side effects:

Clamping down on a genuine cure for numerous ailments

In spite of the fact that there have been well over 900 studies on the efficacy of raw cannabis as a comprehensive solutions for many diseases, the Drug Enforcement Agency (DEA) still lists marijuana as a Class I drug. This means that it is still considered to be a plant or herb that has no medicinal value; but that’s not all. The Department of Health and Human Services (DHHS) has filed for a patent application in favor of research and development on medical marijuana.

Such double standards have befuddled many and angered even more individuals who are aware of how Big Pharma firms make profits – by owning the patents of their branded drugs. The DHHS is in turn controlled by the National Institutes of Health (NIH), which, interestingly, is doing the research on raw cannabis as a cancer cure.

Though very unlikely, the emergence of an ‘approved’ cancer drug synthesized by using marijuana could spell trillions of dollars in profits for pharmaceutical giants that would sell such medications at steep prices. This is the polar opposite of the ideals of the natural cure movement, which decrees that herbs and plants are gifts of nature and as such, are free for all or at the very least, affordable.

Recent methods of raw cannabis consumption such as juicing the entire plant or eating it have now started becoming more popular after a doctor named William Courtney, MD., realized that the benefits of medical marijuana were most pronounced when an individual consumed the plant in its true form instead of vaporizing or smoking it. Dr. Courtney has even gone to the extent of stating that marijuana is the most therapeutic food on earth.

There is a dire need for activists, legislators, medical experts, and the Government to hold discussions about the impact medical marijuana can have on the collective health of humanity. Many doctors and nurses have started supporting the decriminalization of medical marijuana.

The argument in favour of medical marijuana becoming an acceptable mode of treatment reaches a whole other dimension when you consider this:

Scott Imler, President of the Los Angeles Cannabis Resource Center’s (LACRC), informed the website ProCon.org in 2002 that most of the organization’s members were actually recommended medical marijuana in some form by almost 450 licensed physicians in the state. 80% of all recommendations were for HIV/AIDS patients, 10% were for those affected by cancer, and the remaining 10% were for other conditions.