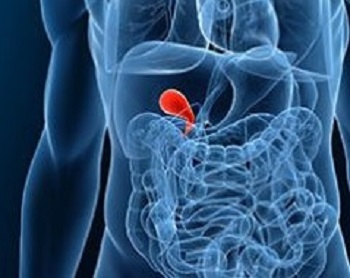 Effectively avoid gallstones from forming and growing by making some simple lifestyle changes. This post from BottomLine Health gives a rundown on how to avoid or delay gallbladder surgery.

TAKE THESE STEPS TO AVOID SURGERY…

You probably don’t give much thought to your gallbladder—that four-inch, pear-shaped sac tucked beneath your liver. When it’s working properly, it stores a liquid (bile) that plays an important role in digesting dietary fats.

But for more than 25 million Americans, this organ harbors one or sometimes even hundreds of gallstones. These hard deposits of cholesterol, calcium and/or other substances can be as small as grains of sand or as large as golf balls.

The good news is that gallstones usually cause no symptoms or only a single “attack” marked by abdominal cramps that may be accompanied by nausea or vomiting.

What to watch out for: Because the gallbladder can be removed relatively easily via minimally invasive laparoscopic surgery, some doctors recommend removal for patients who would do just as well with nonsurgical approaches.

Even though gallbladder removal (using laparoscopy or the traditional “open” approach) can be necessary or even lifesaving in some cases (see box on page 6), it’s wise to consider whether you can avoid surgery. Not having a gallbladder can lead to such problems as poor digestion of dietary fats.

If your gallstones are “silent” (they have not caused you discomfort but were detected during an imaging test for another condition), or you’ve had just a single painful episode, your best bet is usually to wait it out—if the symptoms get worse, youmight need surgery.

More often, you can stop gallstones from growing (or forming in the first place) with the following simple steps…

• Lose weight—and lose it slowly. People who are overweight or obese are far more likely to develop gallstones than those who are lean. They are also more likely to have one or more painful episodes.

In people who are overweight, bile (the digestive fluid that’s stored in the gallbladder) tends to contain more cholesterol—the main constituent in about 70% of gallstones. Weight loss is among the most effective ways to prevent gallstones, but only if you lose weight at a reasonable pace—for example, no more than two pounds a week.

Here’s why: Studies have shown that faster weight loss can trigger an increase in stone formation and/or symptoms because the gallbladder doesn’t empty completely on diets that cut too many calories (for example, less than 1,500 calories daily for men and less than 1,200 calories daily for women). Stored bile becomes “stagnant” and is more likely to form stones.

• Cut fat—but not too much. Doctors used to recommend low-fat diets for weight loss. It makes sense to eat less fat because a diet that’s high in cholesterol and saturated fat can increase stone formation—especially if you’re not getting much fiber, which acts like a sponge to mop up fats.

But not getting enough fat has the same effect as consuming too few calories—it allows bile to “sit” in the gallbladder. That’s why I recommend a Mediterranean-type diet that contains healthful fats (such as olive oil, fatty fish and nuts) along with plenty of fruit and vegetables.

• Get more omega-3 fatty acids. Omega-­3s, found in fatty, cold-water fish, reduce the amount of cholesterol in bile-by up to 25%, according to research.

Important: Eat fish. You’ll get all the omega-3s that you need from two to four weekly servings of fish. Good choices include salmon, kippers, sardines and mackerel. Compared with fish consumption, the evidence is not as strong for taking fish oil supplements to reduce gallstone risk.

• Eat high-fiber foods. A Harvard study analyzing long-term fiber intakes of nearly 70,000 women found that every 5 g increase in daily fiber reduced the need for gallbladder surgery by an average of about 10%. Eat at least five daily servings of high-fiber foods. Good options: Beans (such as kidney and soybeans)…whole grains (such as oats)…and fresh vegetables (such as dark greens).

My advice: In addition to consuming vitamin C-rich foods (such as citrus fruits and berries), take 500 mg of vitamin C four times daily (to maintain steady blood levels and maximize absorption). The “ester-C” form of vitamin C is nonacidic and easier for the body to absorb—and less likely to cause diarrhea at the doses recommended here.

• Get extra magnesium. Many Americans don’t get enough of this important mineral. Low magnesium has been linked to elevated LDL “bad” cholesterol, high blood pressure—and a higher risk for gallstones. A large study that followed more than 42,000 men for 16 years found that those with the highest magnesium intakes (more than 409 mg daily) were 33% less likely to develop gallstone disease than those with the lowest levels (less than 288 mg daily).

My advice: Regularly consume magnesium-rich foods, such as beans, nuts, brewer’s yeast, salmon, leafy greens and dark chocolate. If you are not sure that you’re getting enough, take 150 mg to ­300 mg­ daily of a magnesium citrate supplement, which is the most readily absorbed.

• Enjoy a little coffee. One study linked two to three cups of coffee a day to a 20% lower risk of developing gallstones. Decaf coffee, caffeinated tea or soft drinks did not have this protective effect—perhaps because of their lower amounts of caffeine, a compound that increases the flow of bile.

WHEN YOU DO NEED GALLBLADDER SURGERY

Gallstones rarely cause problems when they stay put. They usually cause symptoms, such as fever, abdominal pain, nausea or vomiting, when they migrate into other areas, such as the small ducts that lead to the intestine.

Most people need surgery to remove the gallbladder only if their symptoms are frequent (two or more episodes) or unusually painful…if they develop cholecystitis, an infection/inflammation that occurs when a stone blocks the cystic duct…or if a stone lodges in the duct leading to the pancreas. In these cases, surgery is advisable because the risk for complications, such as jaundice and chronic cholecystitis and pancreatitis, is high. Whether it’s minimally invasive (laparoscopic) or “open,” surgery to remove the gallbladder carries a risk for infection or the accidental severing of the bile duct. If surgery is advised, look for a surgeon who has significant experience performing this operation.

Source: Do You Have a Gallstone and Not Know It? | Bottom Line Health