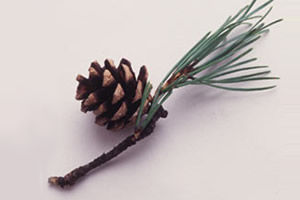 Pycnogenol is a natural plant extract with a copious amount of beneficial uses, as well as having the potential, with further study, to provide relief for a multitude of debilitating diseases and disorders.  Found in a very particular location, pycnogenol is derived from a Maritime pine bark, which originates exclusively, along the coast of Southwestern France, more specifically, in Les Landes de Gascognes.  Pycnogenol is of a class of proanthocyanidins, known as flavanols, and is an immensely powerful anti-oxidant, especially when used in conjunction with L-arginine.  Although, pycnogenol has been utilized throughout Europe since the 1980’s, it has more recently become the subject of numerous scientific research studies in the, U.S.  In addition, pycnogenol is now an active ingredient in over 700 different dietary supplements and cosmetic products, around the world.

There have been several studies as to the benefits of pycnogenol, and how it increases the vitality of people in general.  For example, a study performed in Bulgaria in, 2003, that was reported in the, “Journal of Sex and Marital Therapy”, revealed that patients suffering from erectile dysfunction, who used pycnogenol in conjunction with L-arginine, achieved significant improvement in their sexual performance, with absolutely no side effects.  The additional benefits obtained from pycnogenol as a dietary supplement, are as follows:

The anti-inflammatory properties in pycnogenol, ultimately improve asthma and bronchitis by reducing the amount of toxins in the body’s circulatory system, that cause inflammation in the lungs. Pycnogenol also improves skin condition by binding to collagen and protecting it. In addition, pycnogenol reduces free radicals in the body, that are known to break down elastin fibers in skin, which is attributed to the development of wrinkles. In essence, pycnogenol is effective in enhancing the general appearance of a person, as well as providing a more efficient circulatory system. These uses of pycnogenol have been studied and found to have a significant amount of efficacy; nevertheless, further research will be required before these benefits can be confirmed with a higher level of certainty.

Are There Any Potentially Harmful Pycnogenol Side Effects?

It is very fortunate indeed, that thus far, side effects from the use of pycnogenol have shown to be mild.  It is recommended by most health professionals to take pycnogenol with or after meals, in order to prevent any kind of stomach upset or discomfort.  People suffering from diabetes may need to be monitored closely by their physician if taking pycnogenol, because of the possibility of altering blood glucose levels;however, if implemented properly, pycnogenol can be quite useful in maintaining adequate sugar levels.  Pycnogenol can also be harmful to those people with bleeding disorders or people taking medications that increase the risk of bleeding, dosages of such medications may need to be adjusted.  Pregnant women are not advised to take pycnogenol, due to the lack of scientific research on the effects of such usage.  Some additional known side effects, include:

The above mentioned side effects are usually experienced in a mild form, and only with a small percentage of people.  The possible dangers of pycnogenol seem to be related to drug interactions, as opposed to side effects from pycnogenol, on it’s own.  There is a significant amount of other medications that should be avoided while taking pycnogenol, or only used while under the supervision of a physician.  Some examples of medications that may need to be avoided, or adjusted, are as follows:

In conclusion, it appears that pycnogenol has a vast array of benefits, with only a few, mild-moderate side effects, which means that use of pycnogenol could prove to be quite propitious in enhancing a persons general quality of life. Furthermore, as mentioned in the above paragraphs, pycnogenol is extremely effective in treating erectile dysfunction in men, when used in conjunction with L-arginine. There are a substantial amount of research studies that are currently underway, in regards to the long-term effects of pycnogenol. It is hoped, that in the near future, pycnogenol will be confirmed as the invaluable dietary supplement that it has, thus far, proven itself to be.