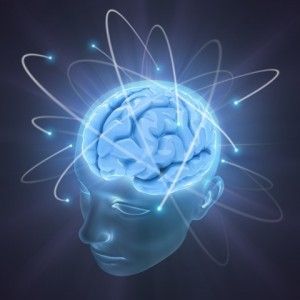 Yes, you can rewire your brain with qigong. You can alter your mental and emotional makeup to a point that you’ll experience a profound tranquility. Simple, natural, and easy-to-learn exercises, ones that anyone can do, have a profound effect on mental health. Neuroscientists have now discovered what the ancient Chinese sages knew thousands of years ago: how to rewire the brain with Qigong.

For a long time, Western medicine scoffed at the idea that the adult human brain can change in both structure and function. Yet, practitioners of Qigong and Traditional Chinese Medicine have long contended that when the mind and body are in balance, sustained mindful awareness results. For this to be accomplished, the mind must train the brain to grow new neurons.

This was considered impossible until recently. What else we are soon to discover? Neuroscientists now have scientific evidence proving our ability to rewire our brains, resulting in greater success, health, and longevity. The ability of the brain to forge new neural connections and develop new functions is called “neuroplasticity.”

How your neurons behave affects not only your emotional states, but your physiological states as well. In other words, by practicing Qigong, you can enjoy more lucid, conscious, perceptional experiences. Instead of feeling like you’re living in a fog, you’ll see everything as vivid and bright. You’ll be sharper and more alive.

How does it work? Qigong involves coupling your breath with certain time-honored body movements. By using the breath to lead the mind, you’ll recharge certain biological batteries and revitalize the body. Qigong’s mental training has proven in case after case that when we mentally lead energy (called chi or qi) across the map of the body, the circuitry of the brain is rewired.

Plasticity is very responsive to our experiences. Our particular experiences simply induce the brain to register that which it’s conscious of as a pattern of neural activity. This, in turn, produces physical changes in the brain on a neural and synaptic level. When neural circuits respond to stimuli, it causes certain genes in the nucleus of our nerve cells to activate the synthesis of new proteins. Simply put, new proteins, new body and mind. New circuits become activated and new abilities emerge.

What we’re actually doing on an internal level is creating electromagnetic, infrared, and ultraviolet energy fields. What the ancient Chinese called “QI” has been identified, according to scientists, as massive energy fields made up of photonic or light emissions. As a result of Qigong and its mental rewiring effects, the body generates these fields.

In “Science and Human Transformation,” William Tiller, Ph.D., of Stanford University writes, “The human body is not just a chemical and electrical machine, the human body is a light machine.” This light spills out of the human body as a radiant glow once the brain has been sufficiently rewired for health and positive emotions. Dr. Tiller was fascinated with the ability of Qigong practitioners to demonstrate such photonic emissions in scientific studies. Dr. Tiller and Dr. R.R. Zhang then conducted backup studies to support this idea.

Qigong masters have long understood that the physical body has three brains; they stated this thousands of years ago. Newly conducted studies have revealed neurotransmitters located in the lower abdomen as well as in the heart. When Qigong is practiced, neurological pathways are strengthened, amplifying communication between the brain, heart, and lower abdomen. Qigong, in addition to rewiring the brain, also positively affects the healing of ailments such as heart disease, diabetes, and cancer. Proof of this can be found in many of the 1,600 research papers demonstrating the healing benefits of qigong that are available at the Qigong Institute in Menlo Park, California.

Together Peter Ragnar and Tristan Truscott have a combined 90 years of practice and research in martial arts, meditation, healing, natural living and qigong. They are the creators of a plethora of life enhancement programs and have been teaching thousands of student around the world for many, many years. Their most recent program is called Good Morning Good Evening Qigong, a practice that super-charges the human body, in as little as 10-minutes!

Latest posts by Tristan Truscott and Peter Ragnar (see all)