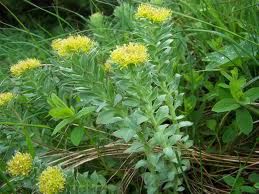 For years, studies have demonstrated how rhodiola helps in solving health problems. Its medicinal properties are well-documented in the scientific literature. This article presents some of these scientific findings:

An animal study was designed to examine the effect of R. rosea on the level of blood glucose, glutathione (GSH) and its related enzymes, and the activity of antioxidant enzymes such as catalase and superoxide dismutase (SOD) in type II diabetic mice (Kim, et al, 2006)

It is found that R. rosea extract significantly lowers the blood glucose level and increases the level of reduced GSH. It can also activate the enzymatic functions of catalase and SOD. Therefore, use of R. rosea extract may be effective for correcting hyperglycemia and preventing diabetic complications.

A study, published in 2006, found that extract of R.rosea inhibits division of HL-60 leukemia cells and reduces their survival. The accumulation of cells in the prophase (G2/M phase) leads to induction of apoptosis and necrosis in HL-60 cells. Administration of R.rosea can also directly suppress the growth and metastasis of Lewis lung cancer carcinomas (Majewska et al, 2006).

Toxicity, Side Effects, and Contraindications

Overall, R. rosea has very few side effects. Most users find that it improves their mood, energy level, and mental clarity. Some individuals, particularly those who tend to be anxious, may feel overly activated, jittery, or agitated. If this occurs, then a smaller dose with very gradual increases may be needed. R. rosea should be taken early in the day because it can interfere with sleep or cause vivid dreams (not nightmares) during the first few weeks. It is contraindicated in excited states. Because R. rosea has an activating antidepressant effect, it should not be used in individuals with bipolar disorder who are vulnerable to becoming manic when given antidepressants or stimulants. Until this has been further studied, the authors advise caution in patients with bipolar spectrum disorders. The herb does not appear to interact with other medications, though it may have additive effects with other stimulants. It is best absorbed when taken on an empty stomach 30 minutes before breakfast and lunch. (Brown et al 2002).

As with any other herbal preparation, extra caution should be taken to prevent any toxicity effects. Any individual with an underlying disease condition should seek for professional advice before deciding to take R. rosea.