A rigorous review of the evidence shows that when it comes to heart attacks or mortality in general, saturated fats are not guilty. Don’t believe the American Heart Association – butter, steak and coconut oil aren’t likely to kill you! Read more in this post from Los Angeles Times.

Last month, the American Heart Assn. once again went after butter, steak and especially coconut oil with this familiar warning: The saturated fats in these foods cause heart disease. The organization’s “presidential advisory” was a fresh look at the science and came in response to a growing number of researchers, including myself, who have pored over this same data in recent years and beg to differ. A rigorous review of the evidence shows that when it comes to heart attacks or mortality, saturated fats are not guilty.

To me, the AHA advisory released in June was mystifying. How could its scientists examine the same studies as I had, yet double down on an anti-saturated fat position? With a cardiologist, I went through the nuts and bolts of the AHA paper, and came to this conclusion: It was likely driven less by sound science than by longstanding bias, commercial interests and the AHA’s need to reaffirm nearly 70 years of its “heart healthy” advice. 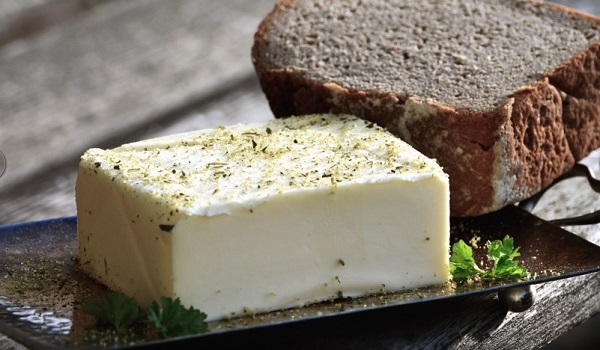 It was in 1961 that the AHA launched the world’s first official recommendations to avoid saturated fats, along with dietary cholesterol, in order to prevent a heart attack. This “diet-heart hypothesis” was adopted by most leading experts, though it had never been tested in clinical trials — the only kind of science that can establish cause-and-effect. Thus, from the beginning, the rap on saturated fats lacked a firm scientific foundation.

The hypothesis had some backing in preliminary data, and it made intuitive sense — fat clogs your arteries like hot grease down a cold drain pipe, right? — which was enough for AHA officials seeking to address the fast-rising tide of heart disease.

Still, rigorous data was needed, and so governments around the world — including our own, through the National Institutes of Health — spent billions of dollars trying to prove the hypothesis was true. Somewhere between 10,000 and 53,000 people were tested on diets where saturated fats were replaced by unsaturated vegetable oils. The results did not turn out as expected — saturated fats weren’t killing people.

In a stunning example of science ignored, researchers, either unable or unwilling to believe the study outcomes, did not talk about this data for decades. The results of one of the forgotten trials, a large NIH-funded study, were not published for 16 years. Another analysis that failed to link saturated fats with heart disease, part of the famous “Framingham Study,” languished, also unpublished, in an NIH basement.

Starting in 2010, however, researchers worldwide unearthed these studies and re-examined them. Of nine separate reviews, none could find any evidence in the data that saturated fats had an effect on cardiovascular mortality or total mortality. As quite a few of the reviewing authors stated in their conclusions, such results clearly do not support the government’s Dietary Guidelines for Americans, which limit saturated fats to 10% of daily calories, or the AHA advice to cap them at 5% to 6%.

The disparity between these independent reviews and the AHA advisory hangs mainly on the endpoint chosen for consideration. Instead of looking at indisputable “hard” outcomes — heart attacks, stroke, cardiovascular mortality or total mortality — the AHA examined only less definitive “cardiovascular events,” a category that combines heart attacks with much more subjective conditions, such as angina, or heart pain. By using this combined, “intermediate endpoint” criteria, and ignoring deaths, the data can deliver negative findings for saturated fats. But that’s a little like reporting on mid-way times in a marathon while remaining silent about who won the race.

The AHA advisory disregards other data, too. While the nine other papers reviewed an average of ten trials each, the AHA examined only four. And one has to question the AHA’s choices of which trials to review. It excluded, for example, the Minnesota Coronary Experiment, based on the reasoning that the 9,750 men and women who spent a year-plus on its intervention diet did not meet the AHA’s study-duration standard of at least two years. Yet in the past, the AHA has recommended the DASH diet, based on studies of fewer than 1,200 people altogether, and trials lasting no longer than 5 months. As Andrew Mente, a nutritional epidemiologist at McMaster University, told me, the AHA’s choices of what studies to include in its advisory review amounted to “cherry picking.”

That the AHA should be so resistant to updating its view of saturated fats, despite so much legitimate science, could simply reflect the association’s unwavering devotion to a belief it has promoted for decades. Or it could be due to its significant, longstanding reliance on funding from interested industries, such as the vegetable-oil manufacturer Procter & Gamble, maker of Crisco, which virtually launched the AHA as a nation-wide powerhouse in 1948 by designating the then-needy group to receive all the funds from a radio contest it sponsored (about $17 million). More recently, Bayer, the owner of LibertyLink soybeans, pledged up to $500,000 to the AHA, perhaps encouraged by the group’s continued support of soybean oil, by far the dominant ingredient in the “vegetable oil” consumed in America today.

It’s still possible that a very large, long-term clinical trial could ultimately demonstrate that saturated fats cause cardiovascular death, or even premature heart attacks. And it may be prudent to restrict the consumption of coconut oil or meat for reasons that have nothing to do with saturated fats. But over the last half century, the diet-heart hypothesis has been tested more than any other in the history of nutrition, and thus far, the results have been null. If the AHA were to fully reckon with this evidence, it would be backing away from its guilty verdict on these fats. Lacking the evidence to convict, the right thing to do is acquit.