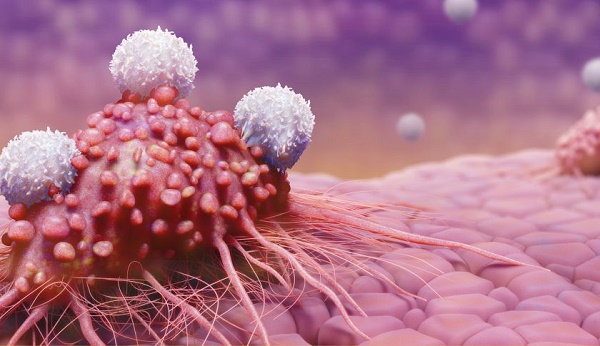 Researchers have discovered a new way to sharpen the precision of cancer immunotherapy based on the complexity of cancer cells and their antigens. This post from Fortune sheds light on a major breakthrough that scientists have made in personalized cancer treatment.

It could herald a new era in precision therapies for cancers.

Scientists at the University College London (UCL) have made a major breakthrough that may further cement so-called immunotherapies’ status as the most promising advance in cancer treatments in years. The researchers published their findings in the journal Science.

The cancer immunotherapy treatment space has blasted off in popularity over the last several years and led to a flurry of innovation in the biopharma sphere. Companies like Merck MRK -0.02% and Bristol-Myers Squibb BMY 0.29% introduced the pioneering drugs in this treatment category with their medications Keytruda and Opdivo, respectively. Keytruda in particular enjoyed a presidential lift after it was credited with seemingly clearing Jimmy Carter of his cancerat the end of last year.

One major advantage of these immuno-oncology drugs is that they replace the toxic sledgehammer approach of chemotherapy with a more refined and individualized mechanism that can guide the body’s immune cells, or T-cells, to specifically target and destroy cancerous cells. But even these treatments aren’t always precise enough to effectively home in on all patients’ cancers, since these cells can vary significantly and carry a variety of mutations which may further shape-shift as the cancer grows.

That’s why the UCL study may prove so promising. The scientists, who were in part funded by Cancer Research UK, say they’ve discovered a way to identify certain tell-tale markings in tumors, known as antigens, that are present across all the subsequent cancer cells even if they’ve mutated. Researchers then identified the corresponding immune cells from a pair of patients which could recognize and target those antigens en masse.

The biggest implication of the discovery is that it may allow for completely personalized therapies and elicit significantly higher response rates in patients compared with current immunotherapies. The process would theoretically function like match-making between specific patients’ specific cancers and their own T-cells.

While the UCL team heralded the discovery as a potential game-changer, there’s still plenty of work to be done before deploying the method to aid in the creation of new treatments. There is also significant concern over the massive costs associated with the method due to its innately individually-tailored nature.

Companies such as Juno Therapeutics JUNO -0.16% and Novartis NVS -0.83% have been working on their own T-cell based immunotherapies which involve extracting patients’ immune cells and reengineering them to target cancers. However, this method has mostly shown promise in blood cancers, rather than solid tumors.