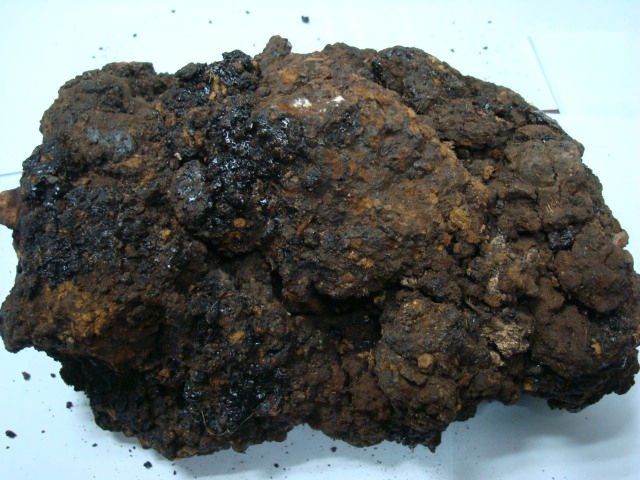 (BeWellBuzz) Before embarking on a journey to discover the benefits of Shilajit, it is expedient to take a look at just precisely what it is. The most basic definition of Shilajit is as it’s name suggests, the ‘nectar of God’ and it is one of the key herbs used in the Ayurvedic medicine tradition. This form of medicine has much to offer and takes a holistic approach to treating illness. Shilajit is a favored Ayurvedic herb because of it’s ability to provide relief for multiple conditions as well as being a ‘support herb’ for other Ayurvedic treatments. It is also considered to be an ‘adaptor’ which is a substance that encourages a normalizing effect on the body, regardless of the illness, as well as a general body toner.

The substance known as Shilajit comes from the Indian subcontinent and is made up from metamorphosed vegetation which has formed a semi-solid substance. It oozes out from between the cracks of rocks in the Himalayan and Hindukush ranges and in reality, is a mineral resin, full of ancient minerals, vitamins and other nutrients. While it is not consumed in it’s raw form, the Indian Ayurvedic tradition maintains that most curable diseases can be treated with Shilajit.

Shilajit is considered to contain major rejuvenating properties and works on a cellular level to strengthen each and every cell, resulting in an overall revitalisation. It is recommended that children under the age of twelve do not take it.

The following benefits are ascribed to Shilajit:

Given these miraculous properties, a more detailed look at how Shilajit works, is warranted.

Shilajit as an anti-oxidant

There are many reasons why free radicals are generated in the body and these include trauma, consumption of alcohol, smoking, pesticides, to name just a few. Free radicals damage the body as a chain reaction occurs between electrons which attach themselves atoms and molecules in an effort to achieve balance. Disease and damage occurs in the body, causing cells to age. Shilajit assists the body to defeat degenerative disease as well as provide a defence against cellular aging.

Shilajit can prevent histamines from being released into the blood, which is great news for those who suffer from allergies. Histamines cause typical symptoms such as runny nose and eyes, sneezing, itchy skin and eyes which can cause much distress and the relief provided by Shilajit is always welcome.

Shilajit contains many trace elements which are integral to ensuring the body is able to perform at an optimum level. One of these is iron and it is necessary for the body to be able to produce red blood cells. It also helps the body to absorb other nutrients which in turn ensures that maximum benefit is gained, resulting in overall rejuvenation.

Mental fatigue and stress can lead to poor performance in many areas of one’s life as well as lead to general dis-satisfaction with life in general. Shilajit provides a ‘normalising effect’ and assists individuals to achieve a more balanced mindset.

Shilajit for liver, heart and brain

Shilajit protects the liver and lowers liver cholesterol, resulting in improved digestive metabolism. It also balances cholesterol with sugar levels which assists to maintain other body functions. From the cardiac perspective, Shilajit provides huge benefits, such as reduction of cholesterol and fatty substances in the arteries.

It improves blood circulation, which in turn leads to optimum mind and body functioning. Shilajit also assists in thinking clearly and improves the memory as well as neurotransmitter function.

So Shilajit really is a miracle herb and when used as prescribed by Ayurvedic tradition, can provide a holistic, overall beneficial improvement to the quality of one’s physical and mental well being. It is definitely one to place on the ‘must have’ list.