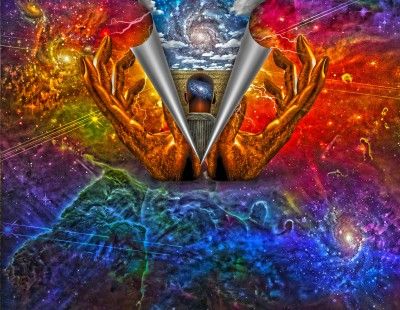 “…the most difficult, but at the same time the most exciting transition the human race has faced to date. It is not merely a transition to a new level of existence but the start of a new “movement” in the symphony of human history.”

This 1974 excerpt is from an article titled Human Nature Prepares for a Momentous Leap that appeared in the The Futurist magazine. Dr. Graves penned this article after approximately two decades of research on the evolution of human consciousness, more specifically, Spiral Dynamics. Graves believed that humanity as a whole was moving toward becoming a global tribe that wasn’t reminiscent of ancient tribalism, but rather, reflective of the development of collective consciousness.

This complex development was thought to take place in various stages by way of a spiralling process, which in turn responds to the ever-changing conditions we go through in life. Dr. Graves believed that the more complex our lives became, we greater our chances of adopting more complex thoughts and behaviors as coping strategies.

The Stages of Consciousness Development

Dr. Graves stated that consciousness developed in seven stages, but later found that some of his subjects moved on to an eighth stage, which went beyond the seventh stage of psychological maturity. It was therefore concluded that the development of consciousness was an open-ended process, even though the prevailing eight stage system still holds forte at large: 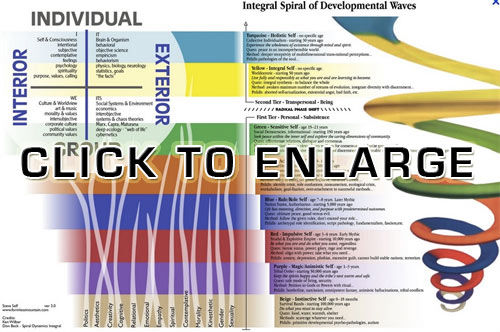 As life becomes more complex, we move on to the higher stages, but at the same time (and if a situation demands), we can move down to the lower stages and operate from there if required. Each stage gives rise to more intricate preferences and views, which in turn can hugely influence the direction in which we are headed. Our consciousness becomes more ‘advanced’ as our experiences become more challenging and profound.

Trials in this regard are extremely important, because progress and our ability to face things with resolve can also take place if we adapt and move on to a stage that allows us to measure up to the task. However, the way we have been conditioned in the early stages of our life can also dictate how well or how poorly we adapt to changing situations.

Interestingly, there is an alternating ‘trend’ in the developmental stages, that is, community (self-sacrifice) and independence (self-expression). The survival, egocentric, enterprising, and integrative stages are focused on the self, while the tribal, authoritarian, humanistic, and neo-tribal stages are focused on social ties or community.

The move from one stage to another can be chaotic, because this signifies us having to leave our ‘comfort zone’ and breaking apart the old structure in order to adapt to a more complex stage. The change in this regard can be either revolutionary or evolutionary. While the former represents a total breakthrough or sudden change, the latter is more ‘fluid’ and sets in over time.

Altered states of consciousness, according to Dr. Graves, can introduce thoughts, lucid experiences, or insights that are associated with the higher stages of development.

Looking Into the Future

Dr. Graves surmised that the greatest change in the collective human consciousness takes place between Stage 6 and 7, and this is what several philosophers and Mayan Calendar theorists believe would actually take place in 2012. Growing numbers of people are surfacing in Stages 6 onwards, which means there is a shift from materialism and individual-oriented outlook and action to a more community-oriented perspective. As a result, environmental awareness, social justice, and harmony are the main goals of the higher stages.

The drawback of this inner growth is that when we revisit the previous stages to introspect to heal any leftover trauma, we can get sucked into the whirlpool of overthinking things and getting depressed. As individuals progress to Stage 7, however, their ability to cope with situations is far greater than the sum total of all the previous stages. This advanced state of being triggers questions and ruminations on the nature of existence and who we really are. A person who is in this stage of consciousness is typically detached, rational, and objective, with a highly-established intuition and a fearless outlook.

During his study on the subject, Dr. Graves came across only six people who were in Stage 8. In this phase, the onus is solely on the long-term stability of the Earth and its inhabitants, since the planet is viewed as an intelligent being unto itself. Due importance is given to intuition and emotions, minimalism, and the nature of existence is a mystery that is to be embraced and understood as we mature and understand the vagaries of life.

A debt of gratitude goes to Dr. Don Beck. Don Beck has been developing, implementing, and teaching the evolutionary theory of Spiral Dynamics for more than three decades. Beck has elaborated upon the work of his mentor, Clare Graves, to develop a multidimensional model for understanding the evolutionary transformation of human values and cultures. As cofounder of the National Values Center in Denton, Texas, and CEO of the Spiral Dynamics Group, Inc., Beck is employing the Spiral Dynamics model to effect large-scale systems change in and among various sectors and societies of the world. He is the author of Spiral Dynamics: Mastering Values, Leadership & Change, written with Christopher Cowan in 1996.

“Einstein said that the problems we have created cannot be solved with the same thinking that created them. And this is the hope that we have: that in the very dangerous and precarious global situations that we are in today, we could prepare the breeding ground and the fertile soil and the habitats to generate what the next models of existence will be. We have reached that stage where our successes and our failures have produced problems that we simply cannot solve, in the old Einsteinian sense, at the same level that they were created. Now is the time to begin once again, as Clare W. Graves would say, this never-ending quest of ours.”
~ Dr. Don Beck

For more information on Spiral Dynamics we encourage you to visit http://www.spiraldynamics.net/