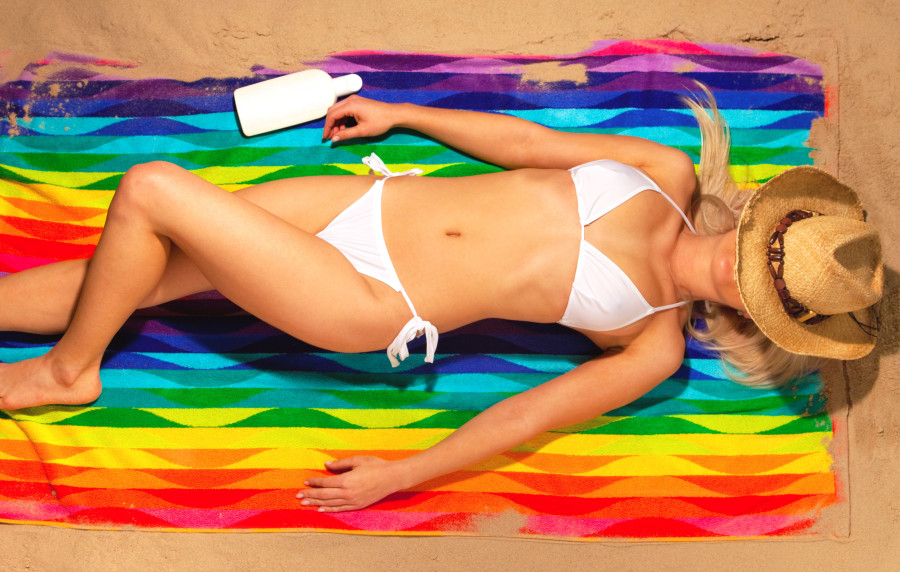 The sunscreen and skin cancer story has come a full circle with scientists concluding sun exposure is vital to health and that sunscreens are toxic to humans as well as the environment. This post from The Unbounded Spirit highlights the conclusions of scientific studies of recent times on sunscreens.

According to a June 2014 article featured in The Independent (UK), a major study conducted by researchers at the Karolinska Institute in Sweden found that women who avoid sunbathing during the summer are twice as likely to die as those who sunbathe every day.

The epidemiological study followed 30,000 women for over 20 years and “showed that mortality was about double in women who avoided sun exposure compared to the highest exposure group.”

Researchers concluded that the conventional dogma, which advises avoiding the sun at all costs and slathering on sunscreen to minimize sun exposure, is doing more harm than actual good.

That’s because overall sun avoidance combined with wearing sunscreen effectively blocks the body’s ability to produce vitamin D3 from the sun’s UVB rays, which is by far the best form of vitamin D.

According to the Vitamin D Council, researchers at the University of Alabama at Birmingham recently reported that “lack of sun exposure may lead to cognitive decline over time.”

Bernard Ackerman, MD, (deceased 2008) was one of the world’s foremost authorities on the subject of skin cancer and the sun, sunscreens and melanoma skin cancer risks.

Below are Ackerman’s views excerpted from an article in The New York Times (July 20, 2004), titled “I BEG TO DIFFER; A Dermatologist Who’s Not Afraid to Sit on the Beach”:

The link between melanoma and sun exposure (dermatology’s dogma) is unproven.There’s no conclusive evidence that sunburns lead to cancer.There is no real proof that sunscreens protect against melanoma.There’s no proof that increased exposure to the sun increases the risk of melanoma.

A 2000 Swedish study concluded that higher rates of melanoma occurred in those who used sunscreen versus those who did not.

Elizabeth Plourde, PhD, is a California-based scientist who authored the book Sunscreens – Biohazard: Treat as Hazardous Waste, which extensively documents the serious life-threatening dangers of sunscreens not only to people but to the environment as well.

Dr. Plourde provides proof that malignant melanoma and all other skin cancers increased significantly with ubiquitous sunscreen use over a 30-year period. She emphasizes that many sunscreens contain chemicals that are known carcinogens and endocrine-disrupting chemicals (EDC).

Environmentally, she notes: “In areas where there has been much exposure to ED [endocrine disrupting] chemicals, coral and other sea populations have died off and the prevalence of dual-sexed fish has risen.”

Dr. Plourde’s research on mice and sunscreen exposure also showed increases in both pup and maternal mortality as well as reproductive issues in subsequent generations.

Dr. Plourde’s book also has a chapter on the importance of vitamin D3 to health, and she posits that the widespread vitamin D3 deficiency is linked to overuse of sunscreen combined with sun avoidance in general.

via Scientists Blow The Lid on Cancer & Sunscreen Myth