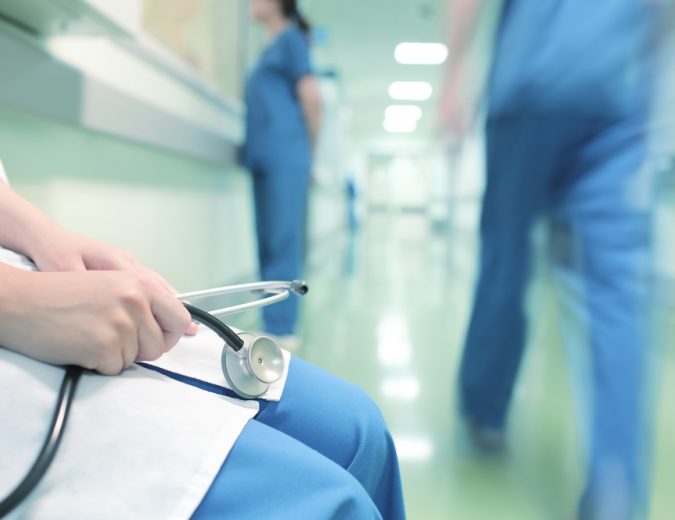 Medical care gone awry is emerging as being the third leading cause of death in the United States. This post from Reset.me highlights the problems faced in collecting data for compiling the statistics.

Modern medicine can be a life-saver. Unfortunately, conventional medical treatment can also end people’s lives when it is applied improperly or injudiciously, and deadly mistakes are more common than many are willing to believe. In fact, medical error is now the third-leading cause of death in the United States, according to a new report published in BMJ.

Medical errors account for an astonishing 251,000 deaths annually, the report concludes, trailing only heart disease and cancer as leading causes of mortality. That’s about 700 deaths every day and nearly 10 percent of all deaths in the United States each year, according to the data put together by researchers at the Johns Hopkins University School of Medicine.

“Incidence rates for deaths directly attributable to medical care gone awry haven’t been recognized in any standardized method for collecting national statistics,” Martin Makary, M.D., M.P.H., professor of surgery at Johns Hopkins and an authority on health reform, said in a press release. “The medical coding system was designed to maximize billing for physician services, not to collect national health statistics, as it is currently being used.”

Statistics compiled by the Centers for Disease Control and Prevention don’t take medical error into account, making for a massive omission in the agency’s list of the nation’s most common killers.

“Top-ranked causes of death as reported by the CDC inform our country’s research funding and public health priorities,” Makary said. “Right now, cancer and heart disease get a ton of attention, but since medical errors don’t appear on the list, the problem doesn’t get the funding and attention it deserves.”

The last attempt at a comprehensive roundup was by the Institute of Medicine in 1999, which suggested that between 44,000 ans 98,000 deaths were cause by medical death annually. However, the report  faced immediate criticism for undershooting the real number.

Medical error mortality can take many forms, such as a botched surgery or biopsy or other test that inadvertently damages an organ. Death can result from an omission by doctors of a necessary step or treatment. Medical professionals could prescribe or carry out the wrong treatment altogether, or make a mistake while carrying out the proper treatment.

The BMJ report suggests improvement in data-gathering methods so that the medical community can better understand preventable adverse events and make the necessary systemic and operational changes to mitigate and limit the amount of human error that occurs.

“Instead of simply requiring cause of death, death certificates could contain an extra field asking whether a preventable complication stemming from the patient’s medical care contributed to the death,” the report recommends. “Another strategy would be for hospitals to carry out a rapid and efficient independent investigation into deaths to determine the potential contribution of error.”

The BMJ report may actually be understating the damage by not accounting for the role that pharmaceutical medicine can play even when taken according to doctor and manufacturer instructions. With seven out of 10 Americans taking prescription medicine, the opportunity for harm is extensive.

Recent research has shown that pharmaceutical medicines kill more teens in the United States than illegal substances like heroin and cocaine. Other drugs, like sleeping pills, statins and antidepressants, can have unintended and detrimentalshort- and long-term consequences for brain health. Commonly-prescribed amphetamines like Adderall carry side effects such as insomnia, nausea,  and mood change, as well as long-term developmental delays.

Fortunately, consumers who are uncomfortable with the idea of exposing themselves to the known and unknown side effects of pharmaceutical drugs sometimes have the option of seeking similar relief from their symptoms and ailments using healthier natural solutions. That can mean improving your diet and increasing your consumption of beneficial plants and herbs to lower inflammation and boost your immune system. It can also mean using medical cannabis to replace opioid painkillersand other pharmaceuticals.

In the event that you do find it necessary to undergo conventional medical care, it never hurts to make sure you understand the treatment you are receiving and advocate for the highest quality of care to limit your odds of joining the far too numerous Americans who have lost their lives to medical error.

Source: Study: Medical Error Is The Third Leading Cause Of Death In The United States – Reset.me