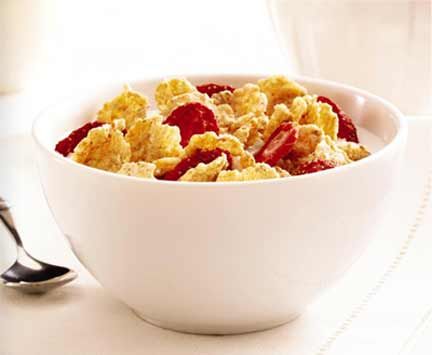 (BeWellBuzz) We live in a time where processed and genetically modified (GM/GMO) foods have become normal and are creeping into our kitchens. However, will you be alright buying your usual breakfast cereal knowing some of the things that are in it? Far from being a scare tactic, this statement is the outcome of the several news reports, studies, and undercover investigations that have revealed a majority of ‘fortified’, ‘organic’, and ‘nutritious’ cereals may not always live up to their claims.

The pressing concern is the fact that many well reputed and established multinational corporations (MNCs) are guilty of misleading consumers and even putting their lives at stake. Here’s a compilation of some of the most indicting headlines and findings over the last few years about the once-revered all American staple- cereal.

Kellogg’s in the rut

In 2004, one of America’s (and the world’s) most well-known food brands, Kellogg’s, was made to eat humble pie when it was forced to recall its line of cereals that had come packaged with the ‘Spidey Signal’ toy.

Shockingly, these toys consisted of mercury batteries, which meant that there was a serious risk of the cereal being contaminated due to probable exposure to the batteries. Apart from the risk of food contamination or poisoning, there was also a hue and cry over the environmental pollution aspect, since the toys were easily disposable. This increased the likelihood of certain safety standards pertaining to waste disposal being violated or not adhered to.

As a result, the Spidey Signal toy was withdrawn from the market in states like Connecticut, New York, and New Hampshire.

However, that wasn’t all. In the same year, Denmark declared a ban on the addition of folic acid, calcium, iron, and vitamins and minerals in all Kellogg’s products. This step was taken because the Danish government established that such food products contained ‘toxic doses’ of all the above and could endanger the lives of pregnant women and young children.

Deadly toxins in a box

In March 2011, news broke out about research studies and tests in Switzerland and Germany that were conducted on cardboard boxes widely used as packaging for foods like cereal, bread, pasta, rice, etc. The results of these laboratory tests were shocking.

It was revealed that an overwhelming majority of these boxes contained dangerously high levels- up to 100 times the permissible limit- of chemicals like mineral oil hydrocarbon. Mineral oil hydrocarbons are detrimental to the organs and also increase cancer risk in individuals.

After the findings became public, popular cereal makers like Weetabix, Kellogg’s, and Jordan’s, an English brand, were forced to reconsider their packaging practices. However, what made the results of this study even more derogatory was the fact that in 2010, Kellogg’s in the USA had been forced to withdraw 28 million cereal boxes from the market after consumers across the nation complained of foul smells, leached chemicals seeping through the boxes, and queasiness.

Of the 119 products that were tested during this study, only 30 products were deemed chemical and toxin free as they had a better inner barrier lining. Most of the foods that ‘failed’ in this test had recycled paper wrapping which contained traces of newspaper ink.

How many times have you walked down the aisle in a grocery store or supermarket and had hundreds of ‘organic’, ‘natural’, or ‘fortified’ cereal boxes staring at you from the shelves? Chances are that you may have purchased such products several times over after believing they live up to their promises.

The truth, however, is a different matter altogether.

Deceptive labeling and advertising practices are adopted by too many cereal manufacturers, due to which consumers are easily cheated and misled into thinking what they are buying is genuinely good for them when it isn’t. An undercover investigation by Cornucopia Institute to determine whether so-called organic/natural cereals are indeed what they claim to be was carried out in 2011, after which the organization published the results via a ‘cereal scorecard’ on its site. The parameters were: whether the cereal was genetically modified, contained toxic chemicals and/or pesticides, or consisted of other ‘non-natural’ elements.

Cornucopia Institute’s scorecard proved that most cereal brands which claimed some of their products were either organic or natural were deceiving customers. A majority of the samples proved that most ‘natural’ breakfast cereals by General Mills, Kashi, Mom’s Best, Barbara’s Bakery, Whole Foods, Health Valley, et al were, in fact, either manufactured with genetically modified (GM) corn, soy, grains, etc., or contained synthetic/chemical ingredients.

True natural and/or organic cereal seems to have become a rarity, but you can take heart in the fact that there are a few genuine cereal brands out there that have a stellar reputation for living up to all their claims. These include the likes of Nature’s Path, Country Choice Organic, Ambrosial, Go Raw, and many more that have been listed on the Cornucopia Institute website.

If you are inclined, you can also make your own cereal at home. There are innumerable recipe websites that outline the many ways in which you can creatively concoct your own granola and cereal with only the choicest, most wholesome ingredients.