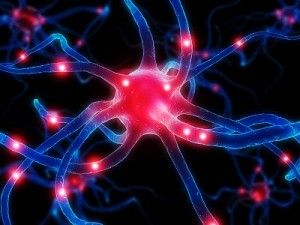 (BeWellBuzz) Cortisol, also referred to as an adrenal cortisol hormone, is perhaps the most important hormone in our body as it affects nearly all the vital organs. Cortisol falls under a class of hormones known as glucocorticoids and is secreted by the adrenal gland.

The most important job of cortisol is to help the body prepare itself and respond to stress. It also plays a key role in the following functions:

Why cortisol carries the tag of the ‘stress hormone’

There are three main reasons why cortisol is nicknamed the ‘stress hormone’.

Cortisol is an integral part of our body’s response to stress. A small increase in the levels of cortisol allows us to respond better to stress by:

Cortisol is secreted in greater amounts during the body’s natural and automatic ‘fight or flight’ response to stress.

After the initial response to stress, marked by the increased production of cortisol and other changes in the body, it is imperative that the body’s natural relaxation process is activated to allow the body to return to normal. When this does not happen, the cortisol levels in the body remain constantly high, a condition known as hypercortilism. This, in turn, can be detrimental to one’s health.

Cortisol increases the effects of epinephrine and norepinephrine, two hormones that increase heart rate and blood pressure. High blood pressure (medically known as hypertension), in turn, can increase the risk to various other potentially life-threatening conditions such as diabetes, heart failure, or stroke.

Cortisol increases the level of glucose in the blood. Hypercortilism, abnormally high levels of cortisol, in turn, leads to abnormally high glucose blood levels, a condition medically known as hyperglycemia.

Elevated levels of cortisol, over time, reduce and damage the number of brain cells found in the hippocampus, a major portion of the human brain that is critical to short-term memory, long-term memory, and spatial awareness.

A potentially life-threatening condition, Cushing’s syndrome is caused due to elevated levels of cortisol. The signs and symptoms of this health condition include: diabetes, higher-than-normal blood pressure, fatigue, moodiness, depression, pink or purple stretch marks on/around the abdomen, pronounced fatty tissue deposits on the upper back and face, new facial growth, and irregular menstrual periods in women. Cushing’s syndrome is most common in people aged between 20 to 50 years, with women being five times more likely to develop the disorder than men.

Studies conducted to understand the relation between cortisol and weight gain reveals that this hormone promotes weight gain by increasing appetite and storing fat around the abdominal area. Studies also reveal that people who have elevated levels of cortisol are likely to consume carb-rich foods, which also contributes to weight gain.

Although the exact role that cortisol plays in promoting depression has not been established, it is largely believed that cortisol contributes to depression by reducing the levels of serotonin, a hormone that promotes a feeling of well-being.

You can also try NOW® Super Cortisol Support. It is an herbal and nutritional formula designed to support healthy adrenal function and maintain healthy cortisol levels already within the normal range.  The adrenal glands help the body respond and adjust to stress generated from both internal and external forces. Super Cortisol Support combines adaptogenic herbs with Chromium, Corosolic Acid and Relora® to help the body manage the negative effects of stress such as excess abdominal fat deposition, overeating, and low energy levels.