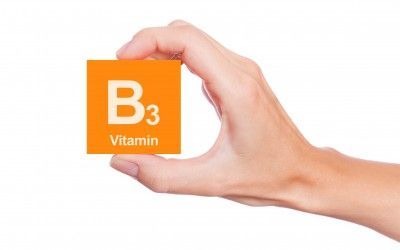 (BeWellBuzz) Niacin is obtained from the diet. Niacinamide can be synthesized in the body from niacin and tryptophan, an amino acid. Both niacin and niacinamide are available as supplements.

NAD is involved in “redox” reactions, ie transfer of electrons. It plays a major role in cellular metabolism, breaking down macromolecules carbs, fats, proteins and alcohol, and resulting in the release of energy. It also plays an important role in DNA repair and cell signaling, vital to all healing processes and to maintain healthy cells.

NADP is most prominently used in anabolic reactions, synthesizing macromolecules such as fatty acids and cholesterol. The Linus Pauling Institute reports that at least 200 enzymes, covering over 500 metabolic processes, require NAD or NADP for proper function and to produce energy.

Niacin can trigger uncomfortable flushing; niacinamide does not. Niacin is effective in lowering LDL cholesterol and raising levels of HDL; niacinamide isn’t, but is effective in treating certain deficiency disorders such as pellagra (described below) without the flushing effects of niacin.

Pellagra is a skin disease caused by severe chronic deficiency of niacin and/or tryptophan. It’s common to refer to its symptoms as the four D’s: dermatitis, diarrhea, dementia and death.

Pellagra derived its name during the Italian endemic, which coined it from the words “pelle,” skin, and “agra,” sour. In the 18th century pellagra also became known as “Asturian leprosy.”

Symptoms include edema (swelling from fluid under the skin); a dark, thick scaly skin rash in areas exposed to light; red skin lesions; hair loss; red swollen tongue; and light sensitivity. It also affects the brain and nervous system causing emotional disturbance, aggression, and mild to severe cognitive decline eventually leading to dementia. Because of the observed effects of a deficiency upon brain function, niacin is being considered for prevention and treatment of Alzheimer’s Disease.

Niacin is vital in cellular production of energy. A prominent signal of deficiency is tired muscles and overall fatigue. Other more advanced symptoms include vomiting and loss of appetite; depression, confusion and loss of memory.

Niacin deficiency is cured by supplementing niacin. If caught early enough, pellagra can be cured by taking a higher dose. Administer higher doses of niacin/niacinamide only under direct supervision of a healthcare professional.

People suffering with alcoholism are at risk for pellagra.

Additionally the body needs vitamins B1, B2, B6, vitamin C and iron to synthesize niacin from tryptophan, so synergistic deficiencies must be taken into account.

Populations eating a largely cornmeal-based diet are at higher risk. During the 20th century, pellagra hit the USA. By then, people knew there was a relationship between corn-based diets and the disease, but they assumed that the kernels themselves contained disease inducing bacteria, or else were toxic. Today we know that the whole corn kernel doesn’t cause disease and it actually contains niacin, but when the corn is ground into a meal, the B vitamin becomes unavailable to the body. Therefore, people who consume large amounts of cornmeal based foods, which aren’t fortified, may become niacin deficient.

Other causes of niacin deficiency include the use of the anti-tuberculosis drug Isoniazid; Hartnup’s disease, a hereditary disorder that prevents the body’s absorption of tryptophan; and carcinoid syndrome, where the body uses all the available tryptophan to secrete serotonin, leaving none to synthesize into niacin.

Diabetic dyslipidemia, most commonly occurring as hyperlipidemia, describes an abnormally high level of triglycerides and free fatty acids in the blood, along with low levels of the cholesterol HDL (high density lipoprotein) and high LDL (low density lipoprotein). A study in 2002 found that a daily niacin treatment increased HDL, lowered LDL and improved hyperlipidemia, but worsened glycemic control.[1] Another study in 2008 tested the combination of a low extended release dose of niacin along with the drug simvastatin. Niacin dramatically boosted the benefits of the drug. The study concluded that “low doses of ER [extended release] niacin are a treatment option for dyslipidemia in patients with type 2 diabetes.“[2]

Niacin is also being used to treat:

Efficacy, safety, and tolerability of once-daily niacin for the treatment of dyslipidemia associated with type 2 diabetes: results of the assessment of diabetes control and evaluation of the efficacy of niaspan trial.

Efficacy, safety, and tolerability of once-daily niacin for the treatment of dyslipidemia associated with type 2 diabetes: results of the assessment of diabetes control and evaluation of the efficacy of niaspan trial.