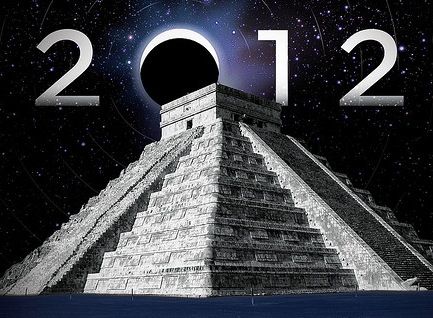 Dominated by the number 5, 2012 is dramatic in terms of unexpected twists and turns — all of which take place within this longer cycle that is, itself, a major turning point. 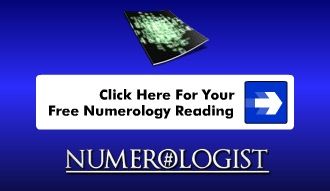 With the vibrant, rebellious, and unconventional 5 entering the picture and bombarding every aspect of life for all of 2012, those who have difficulty accepting change will face a harder path. This is not a good time to put your faith in the status quo. 2012 will be a time for moving away from old routines in a constructive way.

Number 5 is the personification of democracy, public power, the darling of the masses. Number 5 is the only number in numerology which has the magnetic powers to draw extraordinary mass. 5 is also most flexible of all numbers.

The nine-year cycle that lasts from 2008 – 2017 is the most important nine-year cycle in centuries. It’s a pivotal cycle, so impactful that it changes the direction of our complete evolutionary path. Within this nine-year cycle, the year 2012, a 5 Universal Year, represents the actual hinge-point — the Mayan calendar tells us this too, even if many have gone a bit overboard in their interpretations.

Some Predictions and Forecasts

In this pivotal year of 2012, there will be change, change and more change, covering everything under the sun: the economy (in the U.S., Greece, Italy and Spain, to name a few), politics (like continuing Arab unrest, shocking election results in the U.S., expanding demonstrations such as the Occupy Wall Street movement and escalating unrest in France and the UK), the environment (including poisonous clouds over parts of Asia, China in particular, nuclear waste disasters in developed countries, and an alarming increase in worldwide health issues such as asthma and autism), and anything else you can think of. Nothing will be as expected. Earthquakes and floods, wildfires and hurricanes are just the tip of the iceberg. Economic power slips from the west to the east and back again. The largest economies in the world are held hostage to their own greed, and therefore their survival becomes dependent on the weakest. The political arena, already a three-ring circus, continues to get sucked deeper into the quicksand.

2012 is a time of separation and a growing clarity — who really wins and who really loses; who grows and who is diminished. A sizeable chunk of the world population will see hope in all those changes, and rightly so. These transformations are due, or else they wouldn’t happen. It’s a cleansing of sorts and it smoothes the road ahead — the doctor is IN, so to speak.

As 2012 begins, January through March will continue the current trend of escalating unrest, volatile markets, and disturbing weather patterns. In a way, we have become so accustomed to the dramatically changing climate, environment, economy and social order, that change is quickly becoming the status quo.

April and the early part of May will change that, so that even those individuals who are permanently stuck in denial mode are shocked out of there complacency. And underneath it all, a current of basic human goodwill flows stronger and stronger. This is a time for optimism, even in the face of chaos.

June, July, August bring us the summer of our transformation. So much happens — a lot of it scary and negative and dominated by religious conflict — that you have to be wide awake to notice that underneath it all, a heartwarming trend of care, brotherhood, empathy and social consciousness continues to grow fast, and globally. It’s a story of death and rebirth.

And while 2012 is the hinge-point of this bigger nine-year pivotal cycle, September, specifically, is the axis around which the pivot turns. For most of us, this fact will be obscured by the fast pace of things, one big news story after another. But once we are far enough removed that hindsight offers a clearer picture, we will recognize September 2012 as the month when critical mass was reached.

October, November and December don’t slow the pace one bit, but for many of us, we will be heartened by the rising promise of a New World. It can all be summed up in a single, simple statement: The iron grip of the powerful is no match to the power of the meek, as our history, not yet written, will teach us.