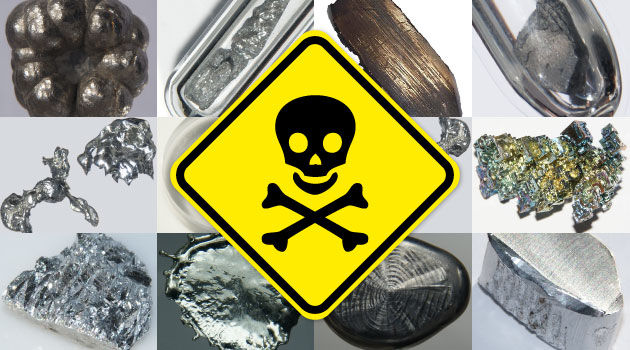 “I feel that everyone in the industrial world should be taking it on a regular basis.” Gabriel Cousens MD, holistic physician and author.

Dr. Cousens believes a simple mineral can protect us against radiation exposure and environmental toxicity. In addition, he thinks it may shield us from – or even be an effective treatment against – cancer.

On top of that, some advocates claim the mineral traps free radicals and eliminates them, alkalizes the blood and regulates the immune system.

It’s a dazzling list. But can all these claims possibly be true? Let’s take a closer look.

You are Swimming in a Chemical Ocean

There’s no doubt we are in need of environmental protection. The Toxic Substances Control Act Inventory lists more than 80,000 chemicals in commercial production and use in the United States. It’s a staggering number of toxins and potential toxins – almost incomprehensible.

We are surrounded by them. They are in the air, water, food, carpets, clothing, bedding, soaps, shampoos, cosmetics and a host of other products.

According to the President’s Cancer Panel, of these 80,000 chemicals only a few hundred have been tested for safety and “the true burden of environmentally induced cancers has been grossly underestimated.”

Many scientists believe the toxic burden we’re living under is the cause of the explosion in cancer rates over the last fifty years. There’s compelling evidence they’re right. Meaning – detoxification is essential in any plan to beat cancer the alternative way.

We should, of course, do everything we can to reduce our toxic exposure by the lifestyle choices we make, but the chemical ocean we live in makes the task overwhelming. We need a helping hand.

Dr. Cousens’ advice is to use zeolites.

Pull toxins and heavy metals out of your blood

A combination of sea water and volcanic ash formed over millions of years created this unique mineral form. Zeolites have a lattice, crystalline, cage-like structure and a negative electrical charge. This allows them to pull positively charged heavy metals, radioactive isotopes and environmental toxins into their cages and trap them.

Zeolites also have the ability to lose and gain water, act as catalysts for chemical reactions and draw certain types of molecule to their surface, while excluding others.

There are 48 different types of naturally occurring zeolites. Not all are suitable for medicinal use. In fact one called erionite would be toxic to take.

The form of zeolite most widely used for human health is called clinoptilolite and is on the Government’s Generally Recognized as Safe (GRAS) list. Clinoptilolite is a combination of various minerals called potassium-calcium-sodium-aluminosilicates.

Because of their unique properties, zeolites are widely used in industry for detoxification and filtering systems, as deodorizers, to decontaminate radioactive soils, and to reduce mercury and arsenic uptake by plants.

They are also used in animal husbandry because they reduce problems with smells, flies and some health disorders. They also lower or eliminate the need for antibiotics and improve the quality of meat, eggs and manure. Animals are also said to gain more weight with less feed.

When taken internally by humans as a powder, the zeolites travel through the entire length of the intestinal tract. They cannot cross over into the blood because the particles are too large.

When the circulating blood arrives at the villi – the finger-like protrusions that line the intestines – the positively charged toxins, heavy metals and radioactive minerals in the blood are attracted to and picked up by zeolites’ negative charge and absorbed into their molecular “cages”. After eight to ten hours they are eliminated in the stool.

Zeolites can, however, be ground smaller while still maintaining their structure. If they undergo this processing they can then be either absorbed into the bloodstream as a powder or suspended in liquid to give them additional capabilities.

Since heavy metals, environmental toxins and radioactivity are associated with cancers, the first question to answer is whether zeolites actually remove them from the body.

My researchers came across a case history of a 51 year old man who had high levels of perfluorinated compounds (PFCs) in his body. These toxins are found in many consumer products. You’ve probably heard of PFCs and the danger they pose to human health.

Stool samples were taken before and after use of a zeolite liquid for seven days. The researchers concluded that “zeolites do not appear to be an effective means of facilitating the excretion of PFCs.”

This probably wasn’t a fair test however because the form of zeolite used is absorbed into the bloodstream. The toxins would presumably have been excreted in the urine rather than the stool. A urine test would have shown whether this happened.

Another study used the same zeolite preparation to test its ability to detoxify ten heavy metals. In this study, the researchers did test the urine.

They concluded that “daily use of an activated clinoptilolite suspension represents a potentially safe and effective way to remove toxic heavy metals from the body through increased urinary excretion.”

Because two of the three researchers had ties to the company that supplied the product, we can’t be entirely confident in the conclusion of this study.

A completely independent urine excretion test was carried out by naturopath Emmanouil Karampahtsis in 2012. He compared a powdered form with oral drops and an oral spray.

20 heavy metals were tested on 20 people during a four-week period. He found the powdered zeolite successfully removed eight of the metals – arsenic, thallium, tungsten, lead, aluminum, cesium, barium and nickel – but had no effect on 12. The liquid versions had no effect on any of the tested metals.

Significant shrinkage of some tumors

A particular form of powdered zeolite called TMAZ (tribomechanically activated zeolites) has been used in many European studies.

One of them looked at the effect of TMAZ on several models of cancer in tissue culture and animals. The researchers concluded that this form of zeolite acts as an anticancer agent leading to “significant shrinkage of some tumors and improvement in overall health status of some animals.”

The researchers said zeolites acted by inhibition of protein kinase B, which is associated with the growth of tumors, and induced the expression of tumor suppressor proteins. TMAZ was able to block cell growth in several cancer lines.

Other studies suggest it acts as an antioxidant by pulling free radicals into its cage-like structure, increases the activity of antioxidant enzymes, improves body alkalinity, has anti-fungal activity and balances immune function.

The benefits for terminally ill patients undergoing conventional therapy which included TMAZ is summed up by Prof. Kresimir Pavelic, MD, PhD, and Head of the Department of Molecular Medicine, Ruder Boskovic Institute, Croatia. His conclusions (in slightly incorrect English) were based on the observation of 200 cancer patients:

“People, treated with chemotherapy, had no more fungus in their mouth and the side effects of chemotherapy and radiotherapy were much lower. [Eight] hematological and biochemical indicators normalized. The diffusion-capacity of the lungs and the contractions of the heart muscle increased.

“Strikingly the general condition of the ill people got better, they gain weight and in most cases their hunger feeling got stronger. The request for analgesic has been reduced or totally disappeared. In most cases depressions and sleeplessness disappeared; life will has been woken up.”

TMAZ – part of the Pfeifer protocols

Professor Ben L. Pfeifer, MD, Ph.D, and Director of Clinical Research, Department of Oncology at the Aesculap Clinic in Brunnen, Switzerland, uses TMAZ as part of his breast and prostate cancer protocols, but only for patients that are failing to respond to his integrative approach for metastatic (advanced) cancer.

In a pilot study of 15 of his patients where PSA levels were increasing even after a year on his prostate protocol, eight responded to TMAZ with PSA stabilization or decline.

Current research and use of TMAZ suggests it can be useful as part of a comprehensive treatment program for some cancers.

Regular detoxification is an important part of any health program and zeolites are one of the many nutrients, herbs and plants that have the ability to detoxify the body, act as antioxidants and improve immunity.

In order to accept Dr. Cousens’ recommendation to take zeolites regularly, I would like to see more thorough research to prove its effectiveness. One concern I have is whether zeolite also pulls desirable metals like potassium, magnesium and manganese out of the body. Other detoxifying agents that have a “chelating” effect do this and it seems logical that zeolite would as well.

Another concern I have is that, overall, the tone of the studies is a bit short of a ringing endorsement (except for the Croatian scientist, who seems to be all in).

For these reasons I don’t see zeolite as a home treatment or do-it-yourself treatment given the present state of knowledge. If you’re under the care of a practitioner who knows what he’s doing, and is using zeolite as just one part of a multi-pronged approach, it sounds acceptable.

Almost all studies have been carried out on the powdered form, which is effective in drawing some heavy metals from the blood. Other trials are needed to see if they are successful at taking out other toxic compounds, whether zeolites suspended in solution and absorbed into the blood are effective, and whether they can remove heavy metals bound up in tissues.