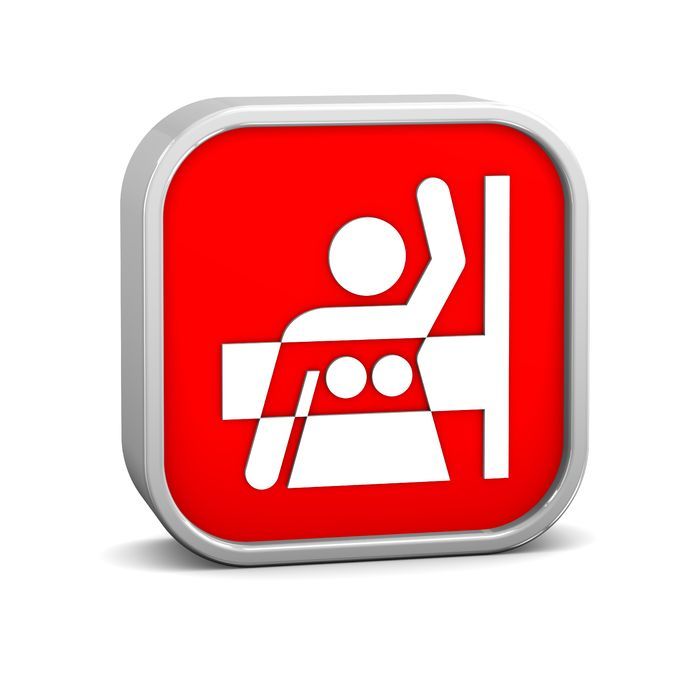 I remember reading the quote from Leonardo DaVinci “where there is life, there is heat” on a wall somewhere in a Las Vegas Bikram’s Yoga studio. The words soon found me again in an article about “thermography,” or thermal/heat imaging, one branch of infrared imaging science.[1] In the article, Australia’s foremost expert on infrared photography, Dr. Alan Smith of the Melbourne School of Engineering, commented, “I continue to be amazed at the scope of this technology and how it is being used. I believe thermography has a role to play in industry, defence and even in medicine.”

He explains that thermography can detect injury and disease-causing inflammation, which has already been applied to thoroughbred racehorses. In 2010 a BioCytonics newsletter expounded that thermography could accurately detect a pregnancy from day 1 of conception, a far more advanced pregnancy detection than anything we’ve seen yet. It can also expose some potential birth defects to predict potentially fatal premature delivery, allowing doctors the chance for early treatment, and otherwise ill-fated preemie babies another chance at life.[2]

The prolific health news author and veteran osteopathic physician, Dr. Mercola, took some serious heat from the FDA in 2011 for promoting thermography as a “revolutionary,” non-invasive means of screening for breast cancer.[3] And he doesn’t stand alone. Another notable, Dr. Christiane Northrup, was harshly criticized after speaking on national TV from Oprah’s throne room in support of thermography for early detection of breast cancer instead of mammograms.

So why all the heat about thermography, and how can it hold a candle against the established mammography?

The Health Risks of Mammography

Many proponents of thermography and other non- or less invasive methods of breast cancer screenings believe the heat against heat-imaging is very obviously an issue of economics. Dr. Johnnie Ham MD OBGYN and former Lieutenant Colonel of the US Army Medical Corps had no problem making a blanket statement in his recent article Mammography: Are There Pros, or is it Just a Con?

But it’s not just big business. It turns out the industry-standard poses serious health risks to the women who’ve trusted it.

Dr. Mercola has written prolifically about both the inadequacies and the hazards of mammograms, but he’s only one voice joining a worldwide choir calling mammograms a big-business cash cow, and a disease-prevention failure. Earlier this year a Brazilian doctor published the article, The Breast Cancer Prevention – avoid regular mammograms! He warns that the test exposes a woman’s body to radiation “1,000 times greater than a chest x-ray,” and after five years, he continues, “it is as if the woman’s body received radiation such as the atomic bombs of Hiroshima and Nagasaki at approximately 1600 meters (one mile) away from the epicenter!”[5]

CNN Health reported in 2011[6] on a key report, Breast Cancer and the Environment, which named mammograms as an environmental factor that increases the risk of breast cancer.[7] The Cochrane Database Review (CDR), produced by the Cochrane Collaboration, is represented by more than 100 nations and internationally respected for information integrity, not to mention poking at the industrializing of biomedical research and corruption of scientific literature. A 2009 CDR made a controversial claim concerning mammograms, asserting that women ought to be informed of both “benefits and harms” when offered the option of mammogram screening.[8] Two years later the British Medical Journal (BMJ) confirmed it with their article, Possible net harms of breast cancer screening:

“This analysis supports the [CDR] claim that the introduction of breast cancer screening might have caused net harm for up to 10 years after the start of screening.”[9]

That is, it “might” do more harm than good. Dr. Samuel Epstein, a top cancer expert who is also Chairman of the Cancer Prevention Coalition was quoted,

“the premenopausal breast is highly sensitive to radiation…[resulting in] a cumulative 10 percent increased risk for each breast over a decade’s screening.”

Rather than decreasing risk, there is 20% increased risk of developing the disease by regularly undergoing mammograms, as prescribed. Scratching your head yet?

Further, the mammogram invasively compresses the breast. This trauma to the breast, writes Mercola, may “rupture cysts that can disseminate invasive cancer cells.”[10] Epstein backs this concern:

Since 1928, physicians have been warned to handle “cancerous breasts with care — for fear of accidentally disseminating cells” and spreading the cancer. Nevertheless, mammography entails tight and often painful breast compression, particularly in pre-menopausal women, which could lead to distant and lethal spread of malignant cells by rupturing small blood vessels in or around small undetected breast cancers.[11] [emphasis mine]

80-85% of all breast lumps are benign, ie NON-cancerous, yet the current screening practices have led to 30% over-diagnosis and overtreatment (CDR), including unnecessary “preventive” double mastectomies, considered by not a few cancer experts to be tragic. Science News Magazine has reported that lumpectomies can actually “spur tumor growth,” and most of the time they’re unnecessary.[12]

Perhaps it would be worth it if there were no better way to detect the disease and save lives. But research shows that mammography has had almost no impact on the rate of breast cancer deaths[13],[14] and, despite resistance from the FDA and other interested parties, many say there is a better way.

In addition to self and clinical breast exams, ultrasound and MRI as options, a growing number of healthcare professionals are now offering their patients thermographic screening. This form of testing will not only reveal a tumor, but it will expose chronic inflammation in the breast before it develops into cancer. A 2008 study[15] of the method concluded that thermography has a 97% sensitivity in detecting malignant tumors. In the study, thermography detected 58 out of 60 malignancies, a stunning improvement from the reported 20% accuracy of mammograms.[16]

Gaea Powell is a Board Certified Medical Thermographer who lost her 49 year old mother to breast cancer in 1991. She explains that thermography can detect the early signs of cancer “8-10 years earlier than a mammography or physical exam.”[17] Any area in the breast with high inflammation is considered literally and figuratively a “hot spot,” and will need to be monitored. If your doctor notes suspicious activity, such as continually rising temperature/inflammation or increasing areas of inflammation, they can begin early treatment.

Powell clarifies that thermography doesn’t diagnose cancer, but she reports that with pre-cancer detection and early treatment she’s “seen results in three to five months, where [the inflammation] is eliminated…”

So with thermography, we’re no longer looking for a developed or growing cancer, but inflammation. And at this early stage the methods of treatment are no longer radiation therapy, toxic drugs or invasive surgeries but alternative and nutritional therapies such as:

Proponents believe that when caught this early, cancer can be stopped in its tracks. And before it gains any stronghold in your cells you can reprogram your body from creating cancer, to promoting vibrant health by empowering your very own, innate, natural defenses.

For more information about thermography technology and availability, or to find a Board Certified Thermographer, check out the non-profit International Academy of Clinical Thermology (IACT).

[1] Where There Is Life, There Is Heat