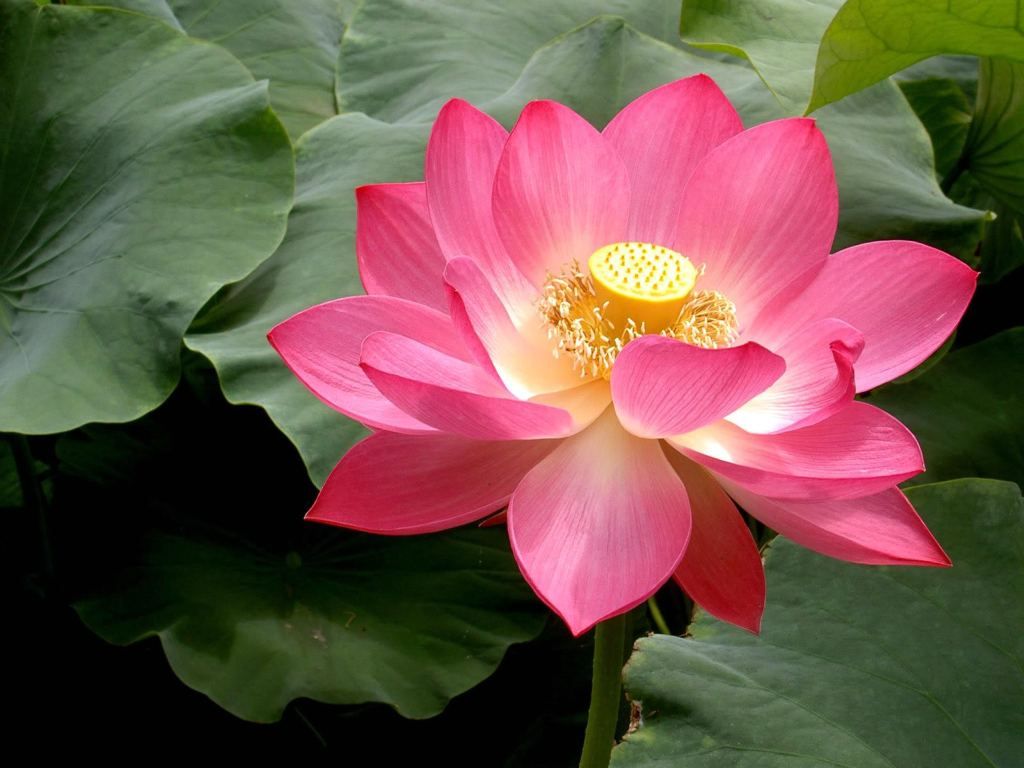 (BeWellBuzz) The Sacred Lotus, or nelumbo nucifera as it is known by botanists, is a plant of the lotus family. It is sometimes also referred to by the names Bean of India, Indian Lotus, or He Ye in Chinese cultures. The lotus has a long history, being considered a symbol of divinity in Asian cultures since ancient times. Hindu gods are often depicted as resting on a pink lotus flower. It’s long, unfolding petals have often been used as a symbol of the growth of the soul, and the flower itself has historically been considered a symbol of beauty, purity, and perfection.

One of the more practical uses of the sacred lotus in Asian tradition is both as a garnish and as a food itself. Usually larger lotus leaves are used as garnish or as a wrap for other foods, while other parts of the flower are used as food. The stems, for example, or eaten in salads in Vietnam; the rhizome is used in soups. The rootlets can be pickled and are served with salads or prawns. The various parts of the flower have unique nutritional qualities, with the roots being rich in fiber, potassium, vitamin C, and vitamin B6. The stamens are dried and used to make tea, and even the seeds are eaten in many cultures. They can be dried and either popped like popcorn or eaten raw.

Many health benefits have long been attributed to the sacred lotus. In Chinese medicine it is used as a treatment for the digestive and circulatory systems. Because of its bitter qualities, it causes the stomach to secrete more stomach acid, which can aid in food digestion. The sacred lotus also causes the liver to secrete increased amounts of bile, which breaks down fats from your diet more quickly and efficiently.

The lotus is used in many cultures to stop bleeding, and is a common treatment for blood in the urine or for heavy menstrual bleeding. It is also thought to have overall invigorating qualities in regards to the circulatory system. It can be used to treat diarrhea and skin disorders.

Recent research has uncovered another use for the sacred lotus that has aroused the interest of Westerners. A study conducted in 2011 found that, when fed to rats, the sacred lotus flower seemed to slow the animals’ ability to make new fat cells. It also increased the rate of the breakdown of existing fat cells. This study builds upon previous findings that the sacred lotus reduced the ability of the mouse body to absorb fat and carbohydrates. It also caused them to burn fat more quickly.

These actions in animal models have understandably been a great source of interest to weight loss researchers. Rats and mice are often used to study the effects of diet supplements because their digestive systems are similar to humans’. Thus, it seems like only a matter of time that the sacred lotus will enter clinical trials as a potential weight loss supplement in humans. While clinical trials can take years, however, the sacred lotus is a readily available natural supplement to weight loss that other cultures are already benefitting from.

Of course one of the common concerns to dieters today is taking a supplement without knowing what the ingredients are. Concerns like this have been susbstantiated in recent decades, as popular diet drugs have been pulled from the shelves for causing potential sickness and even fatalities. Thus, dieters never know if the drug they are purchasing from their drug store shelves will be the next FDA recall. Natural supplements like the sacred lotus, however, don’t represent a similar threat. Indeed, the lotus flower has been eaten and taken as a holistic treatment for various disorders for centuries, without any ill effects. Quite the contrary, the practice of consuming the sacred lotus has continued because people have noticed the positive effect it has on health.

While some are skeptical about natural dietary supplements like the sacred lotus, it seems that the lotus has passed the test of popular scrutiny through being used by Eastern cultures for centuries. Perhaps it is no coincidence that the cultures that utilize the flower in food preparation aren’t facing the obesity epidemic that plagues Western society. Whether or not this is true, the sacred lotus should pique the interest of anyone trying to lose weight as it represents a potentially effective, and safe, way to do so.