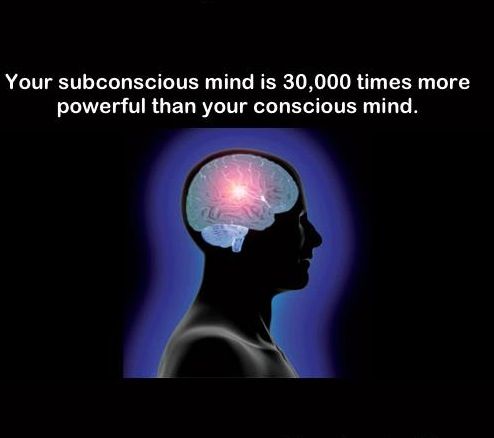 Scientists have known for decades that the subconscious (or unconscious) mind is more powerful than the conscious mind. Some of them even suggested that if you could access and control your subconscious mind, doing extraordinary things, such as telekinesis would be like a walk in the park. In the popular documentary “What the Bleep Do We Know”, Dr. Joe Dispenza states that a healthy human brain can process 400 billion bits of information per second. However, we are only conscious of about 2,000 of those 400 billion bits of information. In simpler terms, he is telling you that most of the information of reality is processed by your unconscious mind.

Since the unconscious mind is more powerful than the conscious mind, could it influence your behavior? Some psychologists believe this is possible and they have actually done experiments to prove their theory.

The New York Times published details about an experiment done by psychologists at Yale to see if they could alter people’s behavior.

The study participants, college students, had no idea that their social instincts were being deliberately manipulated. On the way to the laboratory, they had bumped into a laboratory assistant, who was holding textbooks, a clipboard, papers and a cup of hot or iced coffee — and asked for a hand with the cup.

That was all it took: The students who held a cup of iced coffee rated a hypothetical person they later read about as being much colder, less social and more selfish than did their fellow students, who had momentarily held a cup of hot java.

The study involving coffee is just one of the many similar experiments that came to similar conclusions. One of those studies used cleaning liquid and another used briefcase to alter people’s behavior. You can read more about those experiments here.

One of the most popular psychologists is Sigmund Freud. His theory of the structures of the mind is the most well-known. Freud separated the mind down into three parts, the id, the ego and the superego. Freud believed that most of our emotions, beliefs and impulses were buried in our subconscious mind, which he referred to it as the id. Because of his belief, he considered the id to be the main drive for our behaviors and personalities. Freud tends to see the subconscious mind and ego as scary and chaotic, which is still widely accepted in modern psychology.

The unconscious mind and ego are part of who you are, because they are parts of your identity. When you become fearful of them, it makes it easier for them to control your behavior. The ego is a part of your mind that loves to control you. It’s always living in a state of fear due to its belief that it needs to fight against you for survival. As a result, it will lie and deceive you, so that it can stay in control. If you want to stop the ego from controlling you, you need to learn how to integrate the ego with other identities of your mind, so that the ego doesn’t feel so lonely and separated. One of the first steps to calm your ego’s controlling behavior is to stop fearing it and accept it as a part of you.

Behaviors that arise from the unconscious mind are very effective at influencing how you behave, which is why advertising companies are obsessed with subliminal messages. These types of messages were created by advertising agencies for the purpose of reprogramming your unconscious mind, so that they can influence how you think. If subliminal messages didn’t work, do you think they would waste millions of dollars per year on them? Since the unconscious mind plays a big role in how you behave and experience reality, if you want to have more control over your life, learn to acknowledge it instead of fear it. By doing this, it will help you become aware of your unconscious compulsive behaviors, making it easier for you to control them.