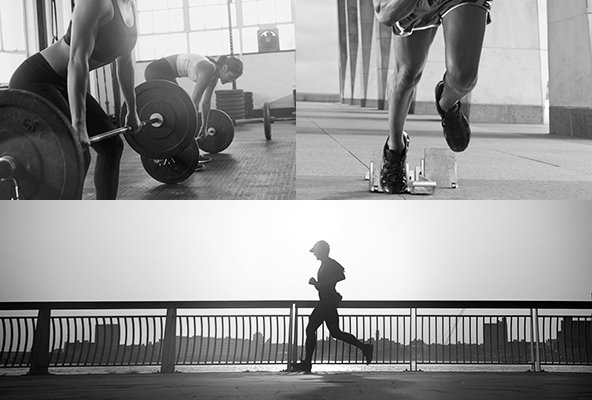 Some exercises are more suited for brain health than others, especially for delaying the effects of aging and increasing memory retention. This post from The New York Times’ Well discusses the neurological impacts of different types of exercise.

Some forms of exercise may be much more effective than others at bulking up the brain, according to a remarkable new study in rats. For the first time, scientists compared head-to-head the neurological impacts of different types of exercise: running, weight training and high-intensity interval training. The surprising results suggest that going hard may not be the best option for long-term brain health.

As I have often written, exercise changes the structure and function of the brain. Studies in animals and people have shown that physical activity generally increases brain volume and can reduce the number and size of age-related holes in the brain’s white and gray matter.

Exercise also, and perhaps most resonantly, augments adult neurogenesis, which is the creation of new brain cells in an already mature brain. In studies with animals, exercise, in the form of running wheels or treadmills, has been found to double or even triple the number of new neurons that appear afterward in the animals’ hippocampus, a key area of the brain for learning and memory, compared to the brains of animals that remain sedentary. Scientists believe that exercise has similar impacts on the human hippocampus.

These past studies of exercise and neurogenesis understandably have focused on distance running. Lab rodents know how to run. But whether other forms of exercise likewise prompt increases in neurogenesis has been unknown and is an issue of increasing interest, given the growing popularity of workouts such as weight training and high-intensity intervals.

So for the new study, which was published this month in the Journal of Physiology, researchers at the University of Jyvaskyla in Finland and other institutions gathered a large group of adult male rats. The researchers injected the rats with a substance that marks new brain cells and then set groups of them to an array of different workouts, with one group remaining sedentary to serve as controls.

Some of the animals were given running wheels in their cages, allowing them to run at will. Most jogged moderately every day for several miles, although individual mileage varied.

Others began resistance training, which for rats involves climbing a wall with tiny weights attached to their tails.

Still others took up the rodent equivalent of high-intensity interval training. For this regimen, the animals were placed on little treadmills and required to sprint at a very rapid and strenuous pace for three minutes, followed by two minutes of slow skittering, with the entire sequence repeated twice more, for a total of 15 minutes of running.

These routines continued for seven weeks, after which the researchers microscopically examined brain tissue from the hippocampus of each animal.

They found very different levels of neurogenesis, depending on how each animal had exercised.

Those rats that had jogged on wheels showed robust levels of neurogenesis. Their hippocampal tissue teemed with new neurons, far more than in the brains of the sedentary animals. The greater the distance that a runner had covered during the experiment, the more new cells its brain now contained.

There were far fewer new neurons in the brains of the animals that had completed high-intensity interval training. They showed somewhat higher amounts than in the sedentary animals but far less than in the distance runners.

And the weight-training rats, although they were much stronger at the end of the experiment than they had been at the start, showed no discernible augmentation of neurogenesis. Their hippocampal tissue looked just like that of the animals that had not exercised at all.

Obviously, rats are not people. But the implications of these findings are provocative. They suggest, said Miriam Nokia, a research fellow at the University of Jyvaskyla who led the study, that “sustained aerobic exercise might be most beneficial for brain health also in humans.”

Just why distance running was so much more potent at promoting neurogenesis than the other workouts is not clear, although Dr. Nokia and her colleagues speculate that distance running stimulates the release of a particular substance in the brain known as brain-derived neurotrophic factor that is known to regulate neurogenesis. The more miles an animal runs, the more B.D.N.F. it produces.

Weight training, on the other hand, while extremely beneficial for muscular health, has previously been shown to have little effect on the body’s levels of B.D.N.F., Dr. Nokia said, which could explain why it did not contribute to increased neurogenesis in this study.

As for high-intensity interval training, its potential brain benefits may be undercut by its very intensity, Dr. Nokia said. It is, by intent, much more physiologically draining and stressful than moderate running, and “stress tends to decrease adult hippocampal neurogenesis,” she said.

These results do not mean, however, that only running and similar moderate endurance workouts strengthen the brain, Dr. Nokia said. Those activities do seem to prompt the most neurogenesis in the hippocampus. But weight training and high-intensity intervals probably lead to different types of changes elsewhere in the brain. They might, for instance, encourage the creation of additional blood vessels or new connections between brain cells or between different parts of the brain.

So if you currently weight train or exclusively work out with intense intervals, continue. But perhaps also thread in an occasional run or bike ride for the sake of your hippocampal health.

via Which Type of Exercise Is Best for the Brain?