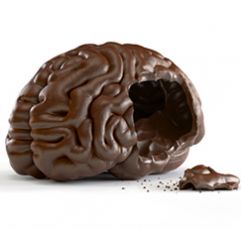 If you’re a believer of ‘two cups of cocoa a day keeps dementia away,’ read on for the truth behind chocolate’s claim to fame in boosting brain power. This post from Bottom Line Health discusses how misleading news reports following a research can raise false hopes.

You’ve probably read through many articles about how chocolate boosts brain power and helps fight dementia and memory loss, but, sadly, the media hype is overblown. It would be more than great if we could drink a few cups of Hershey’s hot cocoa and snack on Godiva chocolate bars every day to enhance thought power but, really, that’s just too good to be true. There certainly is healing power in cocoa, but here’s the real story about how you can best benefit from it.

The most recent study on the benefits of cocoa comes from Columbia University in New York City. Like similar studies before it, the Columbia findings spurred a wave of news reports and press releases exclaiming that hot cocoa and chocolate improve memory. In this small study of 37 people, participants (healthy men and women aged 50 to 69) received either high-dose flavonol cocoa (900 mg per day) or low-dose flavonol cocoa (10 mg per day). Flavonols are a type of flavonoid, an anti-inflammatory compound found in a wide range of fruits, vegetables and other plant-based foods. And 900 mg of flavonol equals nearly a day’s worth of flavonoids that a person would get from a typical Western diet—so that’s a lot of flavonols packed into an experimental cocoa drink.

Participants’ brains were scanned before and after the three-month study period, and they also were given memory and reaction-time tests.

These findings are consistent with several larger and better-designed clinical trials of cocoa flavonols, said Dr. Leo Galland, director of the Foundation for Integrated Medicine in New York City. He added that the study may have received more hype than it deserved. The same could be said of an earlier study conducted by Harvard researchers, which showed that both high-dose (609 mg) and low-dose (13 mg) cocoa-based flavonol consumption (in the form of a cocoa drink) improved blood flow in the brain. Publication of the Harvard study was also followed by several misleading news reports claiming that two cups of cocoa a day keep dementia away. The problem: It’s hard to apply these lessons to real life.

Commercial brands of chocolate and cocoa are often processed to the point where most, if not all, of the beneficial antioxidants (flavonols and other important flavonoids) are removed, said Dr. Galland.

THE BEST SOURCES OF ANTIOXIDANTS

Although dark and bitter chocolate and green tea and even black tea can provide some nutritional flavonols, Dr. Galland says that the best approach is eating a diet rich in flavonoids in general. Remember, flavonoids are the group of antioxidants that flavonols belong to. Foods rich in flavonoids include colorful fruits (especially apples, citrus and berries), dark leafy green vegetables (such as kale and spinach), asparagus, colorful nightshade vegetables (such as peppers, tomatoes and eggplant) and dark-colored beans (such as adzuki, black beans and red kidney beans).

A diet that includes a rich variety of vegetables, such as an Asian diet, can pack about 4,000 mg of flavonoids a day, so Dr. Galland recommends such diets for anyone who wants to benefit as much as they can from flavonoids. The typical meat-and-potatoes Western diet, in contrast, provides an average of only about 1,000 mg of flavonoids per day. If you need inspiration on how to get more antioxidant foods in your diet, check out these Bottom Line recipes for delicious and hearty antioxidant-rich soups.

So, while you could get a bit of a day’s worth of flavonols from dark or bitter chocolate, an ordinary chocolate bar or a milky cup of cocoa will only give you a sugar rush and extra calories to work off. Get your flavonols—and other flavonoids—instead from a wide variety of fruits and vegetables and from beverages such as green tea.